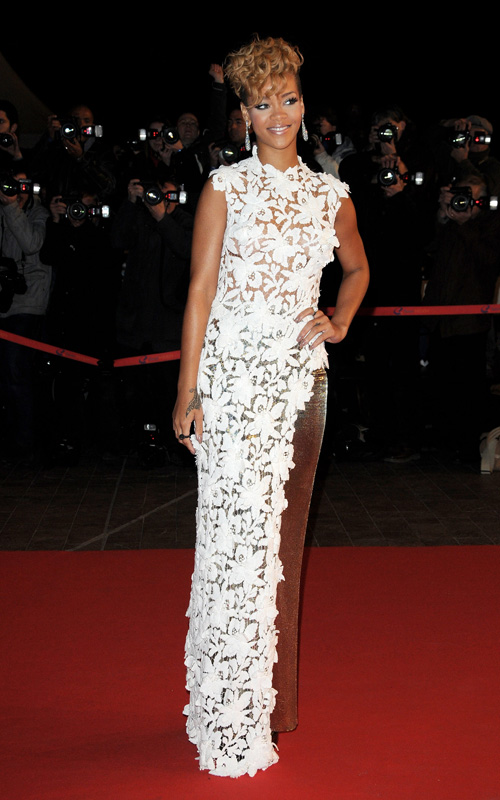 Rihanna been getting Â it in lately trying to make sure her and her new boo say off the radar… She was spotted at the 2010 NRJ Music Awards in Cannes, France, on Saturday in a Jean Paul Gaultier gown where she won the Best International Female Artist award and performed â€œRussian Rouletteâ€.

In other news Rihanna’s unconfessed Â ‘boyfriend,’ who is said to just be a good friend, had some explaining to do after a restraining order placed against him in 2008 surfaced this week. Requested by his his ex-girlfriend Felicia Terrell, who claimed to have feared for her life after their breakup, the restraining order was later dropped.

In a statement released through his rep, Kemp disputes claims that he has been violent or has violent tendencies.

“Matt dated Felisha about two years ago and decided to end their relationship. She chose to file a complaint and shortly thereafter, on her own accord, decided to drop it based on the fact that the statements made within were false,” says the rep. “She has very recently said that she has no issue whatsoever with Matt and that she and Matt consider this to be a nonissue. Matt Kemp is a consummate Midwestern gentleman who has never displayed any act of violence towards a woman.”

RiRi be safe… Big Shot out to Concreteloop.com For the story..