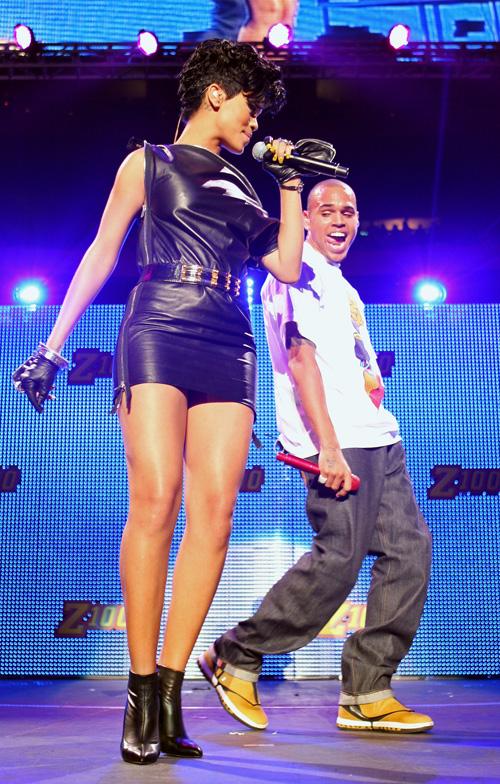 Rihanna will be kicking off the “Today” show’s Toyota Concert Series later this month. NBC has announced that the singer is slated to take the stage at New York’s Rockefeller Plaza on Friday, May 27th. Rihanna’s ex-boyfriend, Chris Brown, is also slated to perform on July 15th, while Bruno Mars entertains on June 24th. Pitbull, T-Pain and Ne-Yo will all be performing together on July 1st, with Cee Lo Green getting in front of viewers July 22nd. Other acts scheduled to appear this summer include Kenny Chesney, Maroon 5, and Enrique Iglesias.

Here is the lineup for the “Today” show’s Toyota Concert Series: