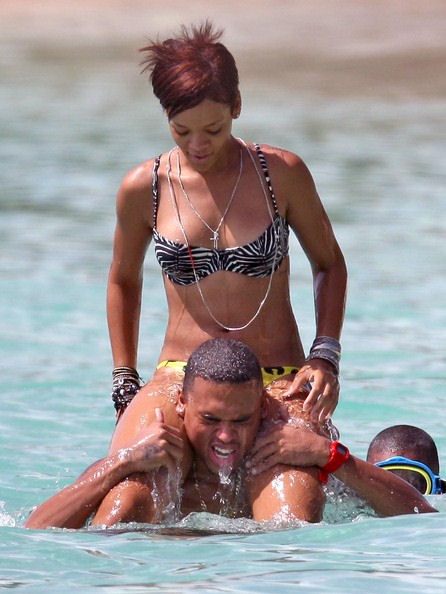 Rihanna has come forth with a heart of forgiving, for her ex-boyfriend who confused her head with a punching bag in 2009. In the new issue of “Rolling Stone” magazine, due out Friday, Rihanna says Chris Brown shouldn’t suffer professionally just because he beat her. The singer explains her decision to relax a restraining order against her former boyfriend, saying what Chris did was a “personal thing” and had “nothing to do with his career.”

Rihanna says the order that required Brown to stay at least 100 yards away from her made it tough for him to perform at the awards shows that they both attend. But that doesn’t mean she’s looking to hang out with him anytime soon.

“We don’t have to talk ever again in my life. I just didn’t want to make it more difficult for him professionally.”

Brown was ordered to stay away from the singer for five years. The conditions of the restraining order were relaxed earlier this year. They now allow Chris to talk to Rihanna, but bar him from “annoying or harassing” her for the next three years.