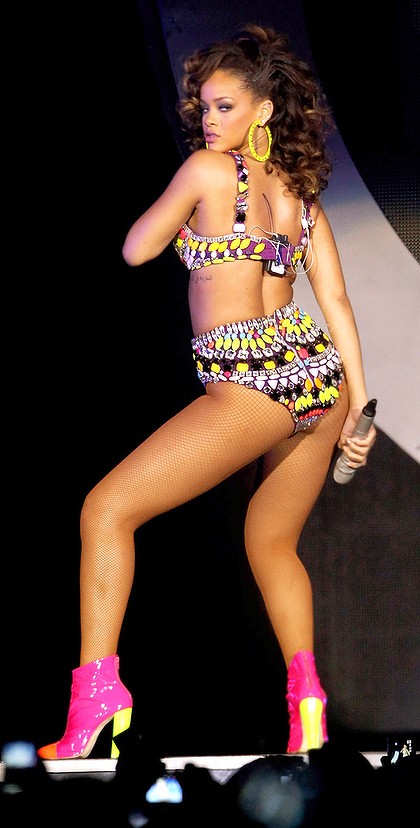 Rihanna hasn’t been feeling too well these days and after cancelling a concert a couple of days ago after a visit to the hospital, the Barbados singer has recently cancelled yet another concert due to exhaustion. Rihanna is currently on her international part of her tour in Sweden and reps says the singer is suffering from severe exhaustion as well as deteriorating health concerns. Check inside for more details about Rihanna’s health.

It seems like everyone is getting ill this season including Rick Ross and Kelly Rowland and now Rihanna can be added to the list. Rihanna is being treated for severe exhaustion due to her hectic scheduling which includes late night concerts, photoshoots, album negotiations, and a host of other obligations. This second cancellation comes after the singer cancelled a concert on Halloween where she tweeted her fans the picture of her iv attached arm so they would know the severity of the situation.

The spokesperson for Live Nation, Kristofer Akesson, tells press in Sweden that the singer has been feeling ill and after consulting with her physician has decided to reschedule her concert due to health concerns. In his statement he says:

“It was due to fatigue again. It was a very difficult decision to make at the last moment, but Rihanna’s health was really deteriorating. She was very disappointed and it was a decision we didn’t want to make.”

Live Nation has yet to give any other details but an insider says the 23 year old could barely function from being so tired:

“She was so ill. She could barely stand up. She was pushing herself to do the show, but she couldn’t do it in the end. At the Globe Rihanna was close to passing out. It got serious. She couldn’t even get up to leave. So she slept in her dressing room until about half an hour after midnight and then they helped her out to the car and back to her hotel.”

Please get better Rih, we’re all praying for a safe recovery.