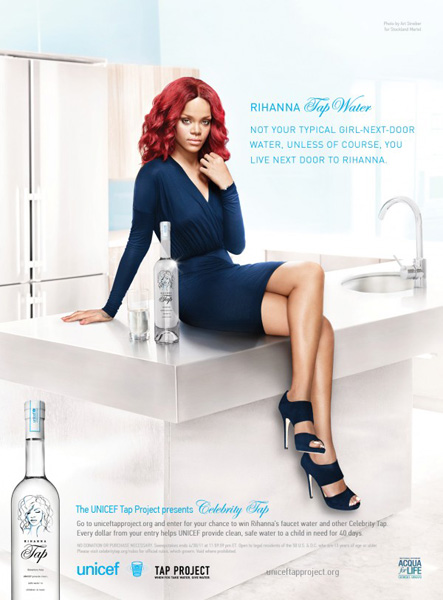 Rihanna is working to raise awareness for the global water crisis. RiRi just partnered with UNICEF for its Tap Project, educating and engaging consumers about the lack of access to safe, clean drinking water for nearly 900 million people worldwide.

Other celebrities appearing in the public service campaign include Selena Gomez, Taylor Swift, Adrian Grenier, Dwight Howard, and Robin Williams. Each star will bottle tap water from their homes for a sweepstakes where entrants can win a limited edition â€œCelebrity Tap Pack,â€ a custom-designed case that includes the special celebrity bottles and helps to raise money for UNICEFâ€™s sanitation and clean water programs. 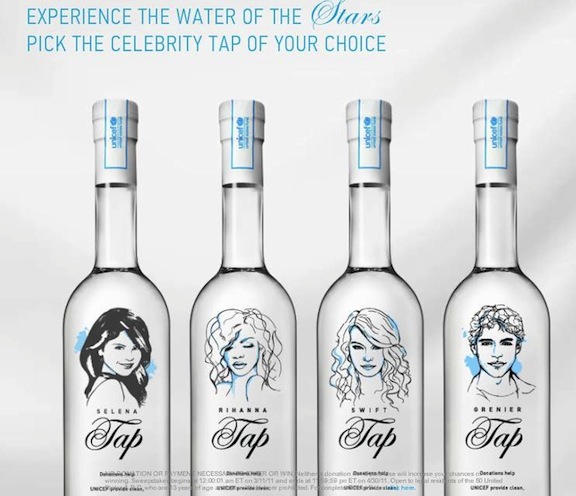 The goal of the UNICEF Tap Project is to create awareness for the water deficit and encourage the public to take action to reduce the number of children dying daily from waterborne illnesses, the second-highest cause of preventable childhood deaths in the world. Here’s the video: