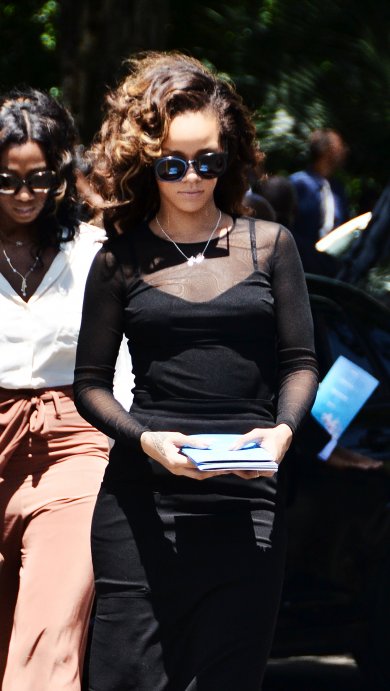 Singer Rihanna has quickly made her way to record breaking titles due to her 20th Top 10 single on the billboard charts. Her current single “We Found Love”Â  has now made her one of the biggest music stars ever even passing icon Madonna’s record. Not so bad for a 23 year old…

Her first singleÂ in 2005Â “Pon De Replay” was her first top single and she’s been easily scoring more top singles ever since. From there, she reaches 20 top 10s in a span of just six years and four months, beating Madonna for the quickest collection of top 10s among soloists (from an artist’s first Hot 100 appearance) in the chart’s 53-year history.

Despite the fact that Rihanna has been in competition for top charting hits with icon Madonna, she says that she has always been a big fan. “I think that Madonna was a great inspiration for me, especially on my earlier work.”Among all musical acts, Rihanna’s run to 20 top 10s is the second-fastest, right behind the Beatles, who continue to beat out the competition after taking just two years and seven months to achieve the awesome milestone.