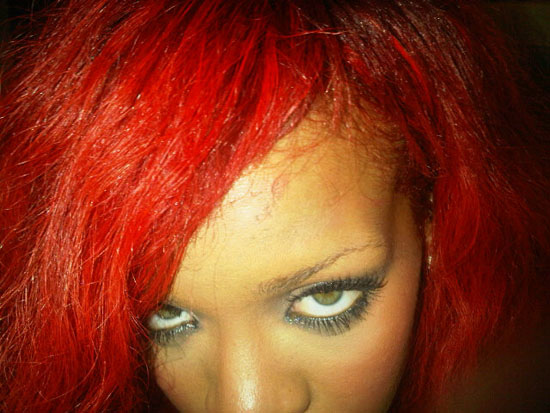 Ever since RiRi took over her own twitter, she has been giving us an insight to her life…including her curling iron burns! Presumably, the songstress wants to get closer to her fans by personally tweeting. I wonder how long that is going to take to heal? Ladies yall chime in! I know you all have plenty ear and neck burns covered up by that fried hair. lol In related news, Universal recently revealed to media outlets that the pretend singer is due to drop a brand new album before the end of the year. French music site Musique Evos is reporting that the currently untitled project is going to hit stores on November 2nd, just weeks before the 1-year anniversary of her last album Rated R.

Shout out to Gossiponthis for the story!