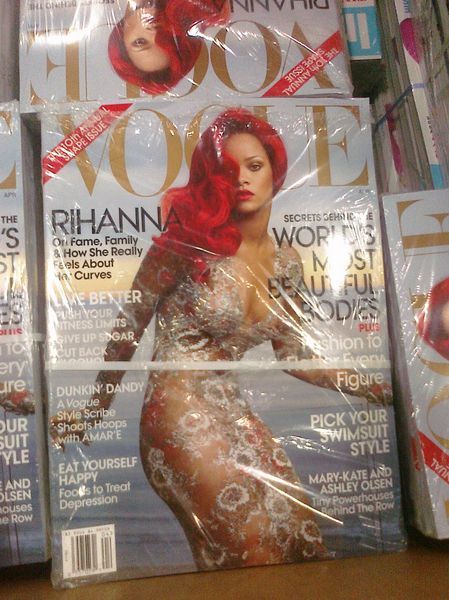 Rihanna has officially tapped into her “Grown Woman Era”. The 23 year old was recently granted the opportunity to grace the cover of Vogue Magazine’s April Issue. It is every girls dream to just be featured on a page in the magazine but to be the headliner, speaks volumes about your pretigous stature with Vogue.

As I sat and watched the Rihanna interview on “The Chelsey Lately Show”, I began to take a stroll down memory lane. My has time flown, I remember when she first hit the industry scene at the tender age of 16. To now being a full fledge independent woman. Watching her on this show as she talks about her 23rd Bday Bash, her tour while in Australia, and her black people, I began to think to myself. Damn! RihRih is exuding all kinds of SEXY right now, she is definitely on my Top 5 list of the baddest chicks that’s taking over the GAME!

Checkout this vey funny and intriguing video clip of our girl Rihanna: