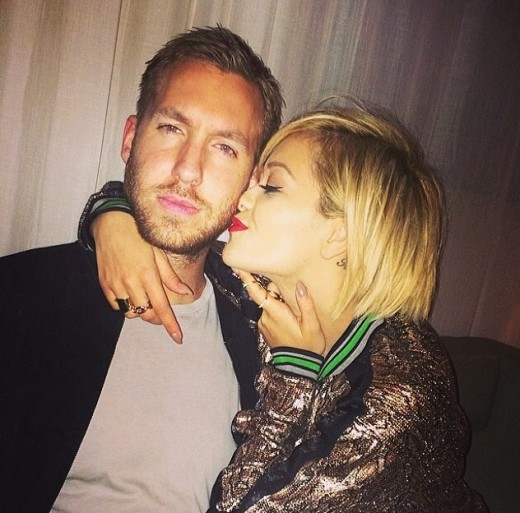 Sad to say folks, but Rita Ora and beau Calvin Harris are done! Harris took to his twitter account to confirm the breakup.

Rumors have been flying around for weeks about Rita Ora and Calvin Harris being over. They were finally confirmed when Harris took to his Twitter account and informed us in 140 characters or less that the two’s relationship has came to an end! 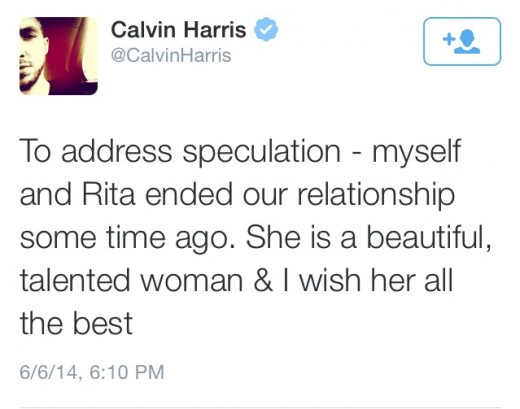 Glad to see that he ended the tweet on a positive note! They are both attractive and will have new love interest soon enough.