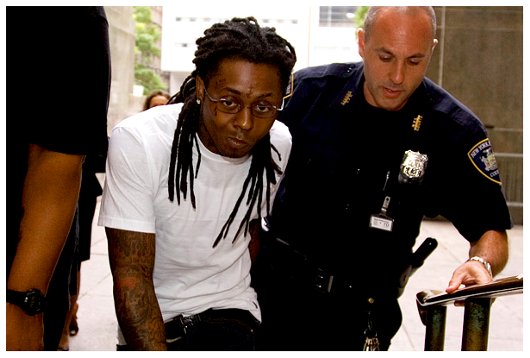 The man accused of stealing several items from a Lil Wayne video set was reportedly just trying to score a little alone time with the rapper. Â Marcus Negrete told police he stole from the set with the hopes that he would get to meet Lil Wayne when he returned the items. Unfortunately for the 20-year-old, none of the items he allegedly swiped are said to have belonged to Lil Wayne. Negrete was arrested last week for allegedly taking a laptop, a Louis Vuitton purse, and NBA All-Star Game tickets from a video shoot in Southern California. Glendora police were able to track down Negrete thanks to a GPS system in the computer. He has since pleaded not guilty to charges of burglary and possession of stolen property.