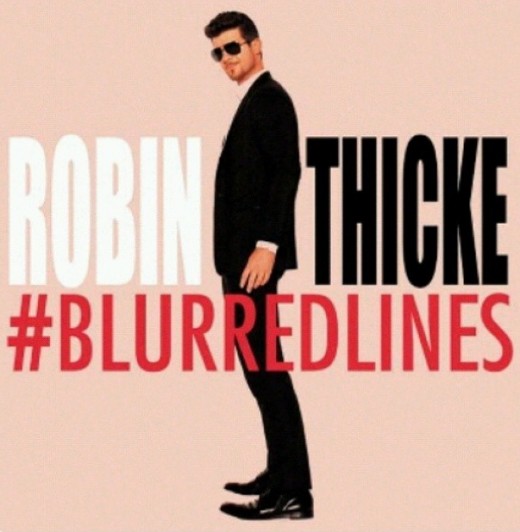 Robin Thicke is owning up to having a problem with drug and alcohol abuse and told the world that he was HIGH during the “Blurred Lines” Lawsuit Deposition.

Things are becoming clearer that there was so much going on with Thicke and Patton. Check out the details below.

Robin Thicke is owning up to having a problem with drug and alcohol abuse and told the world that he was HIGH during the “Blurred Lines” Lawsuit Deposition. “The Hollywood Reporter” says the singer’s personal issues went public during his deposition in the ongoing legal battle with Marvin Gaye‘s children over his hit song “Blurred Lines.”  In the sworn testimony, it seems like Robin is attempting to distance himself from any wrongdoing.  The singer says he was “high on Vicodin and alcohol” when he showed up to the studio on the day he created “Blurred Lines” with Pharrell Williams, and admits he didn’t have much to do with the creative process.

Robin was pressed to explain an interview he gave “GQ” magazine last year, in which he’d boasted about writing the song and being inspired by Gaye’s “Got To Give It Up.”  The singer admits that after the song had become such a huge success, he felt “jealous” of Pharrell and “wanted some of that credit.”  Robin also says that he “didn’t to a sober interview” all last year and “[doesn’t] recall” many of the things he said.  As for his current condition, Robin says he stopped taking Vicodin two months ago, but still drinks alcohol.

What do you think about Robin’s explanation?