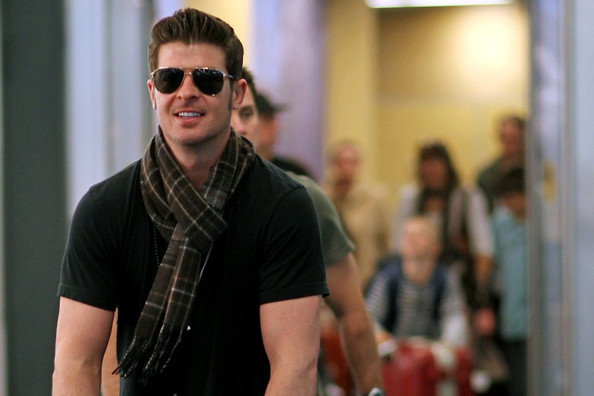 Robin Thicke is back at it! Fans got a tease of the album when Thicke’s song I’m An Animal surfaced on the internet. His fifth album will be titled Love After War and will be released November 15th. In a recent interview with Rap-Up, he related his work on the album to a relationship stating, “You get to that point where you hate it and then you love it. Itâ€™s just like any important relationship in your life.â€ He also told the reporters that he is collaborating with Pharrel again thus making the upcoming album something to definitely check out.

In addition to dishing about his new album to Rap-Up, he also mentioned his new addition to his family, son Julian. I guess Nick and Mariah aren’t the only parents planning their children’s careers. Robin stated that he wanted his son to be a basketball player similar to Kobe. “Kobe would be great. Dewayne Wade, Lebron, any of that would be wonderful. But if not, I’ll take Marvin Gaye.”

Are you excited to hear new material from Robin Thicke?