Roseanne Barr is officially running to be the next president of the United States and sheâ€™s got the paperwork to prove it.

The Television comedienne registered with the Federal Election Commission late January to run for the Green Party nomination, the Los Angeles Times reports.

â€œBoth the Democratic and Republican parties are bought and paid for by corporate America and cater to the needs of the highest bidder as opposed to the people they claim to represent,â€ Barr said in a statement on Green Party Watch . She adds that sheâ€™s been â€œa tireless advocate of Occupy Wall Streetâ€ since its beginning. And I can say that she has Remember this post I did…. 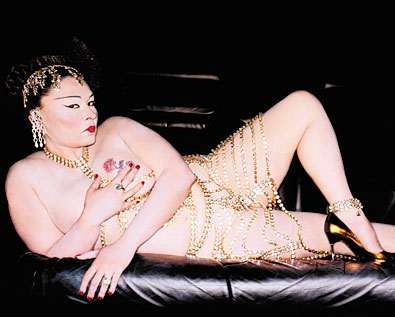 Barr announced her presidential bid (for the second time) on â€œThe Tonight Show with Jay Lenoâ€ back in August.

The presidential nomination poll conducted on Green Party Watch, 29 percent of the votes went to Barr, a distant second to Jill Stein, one of three opponents sheâ€™ll face at the Green Partyâ€™s nomination convention in July.

Roseanne wrote on Twitter, â€œI run in support of The Green Party & probably of Jill Steinâ€”hopefully I can be of service by speaking on media about a viable choice 4 voters.â€ A Vice President Barr also doesnâ€™t seem to be in the cards: â€œjill has already named a vice. i’m just in it to support the greens and their fine american message.â€

Unless the voters appreciate her straightforward campaign slogan â€” â€œvote for me, I’ll fix this!,â€ Â and demand her to be President.

Roseanne platform includes a promise to institute “#Europeanstyle” single-payer healthcare within the first 100 days of her term, and to forgive all credit card and mortgage debt “by kicking out the FED-those to whom all this fake debt is owed.” Get Ummm!!!