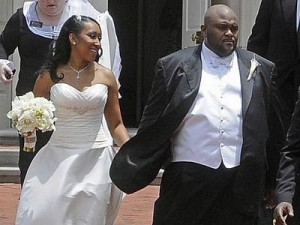 Former “American Idol” winner Ruben Studdard is ending his marriage. We just found out that the R&B star filed for divorce in Alabama citing “irreconcilable differences.”

Ruben and his wife Surata Zuri McCants have been married since 2008. They don’t have any children together.