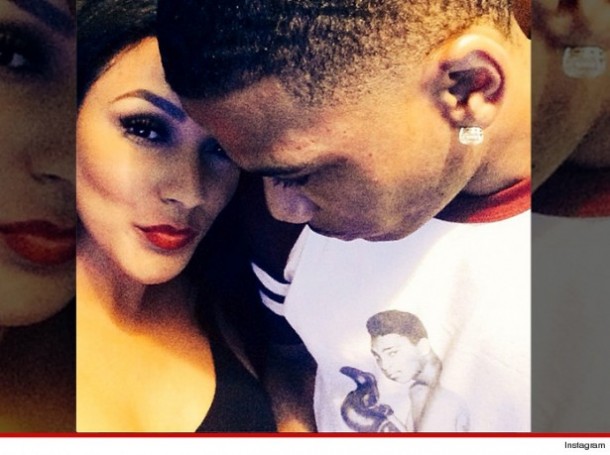 Rumors Have Been spreading that music artist, Nelly is dating Floyd Mayweather’s Ex- fiancee, Shantel Jackson! Word on the street is that Floyd Mayweather is not feeling the love connection.

Nelly posted a photo of Jackson on his instagram naming her his “#WCW” aka “Woman Crush Wednesday”. Soon thereafter, they started hanging together on many occasions. The two were spotted at the Miami Heat and Charlotte Bobcat’s playoff game on Monday night in North Carolina!

Shantel has had a back and forth relationship with Boxer, Floyd “Money” Mayweather and they ended up breaking it off after four years together. Floyd proposed to Jackson and they had been engaged since 2013. Mayweather states ” She is focusing on her acting career out in L.A. and he is focusing solely on his boxing career.”

Nelly has recently split up with Model and actress, Lashonte Heckard after being seen with Ex-girlfriend Ashanti. They were together for a year. Lashontae has moved on with Brandon Jennings and rumor has it she is engaged!

Could this be the reason behind the abortion photos and the anger Mayweather has directed at his ex? According to the homies over at TMZ ,

“Floyd felt “betrayed” that Shantel would date someone in his circle of friends … and that’s what sparked him to go to social media and lash out at her earlier this morning.”

The homies report that Floyd realizes he shouldn’t have posted Shantel’s ultrasound results along with a message announcing that she had an abortion … but he just couldn’t control his emotions. The big homie Floyd has since pulled the posts down.

I tell you this is better than a soap opera. Stay tuned for the details.