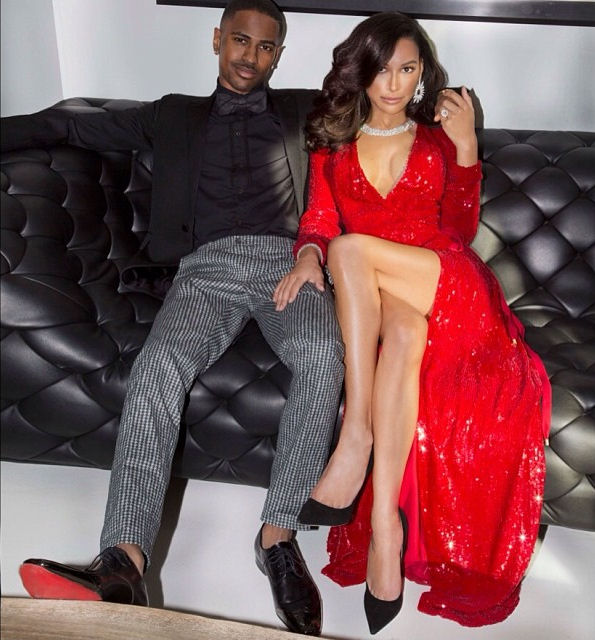 We’ve been reporting on Big Sean’s future baby momma Naya Rivera, and her subsequent future with the hit show “Glee”. It seems a cast member started the rumor, that Rivera claims is simply not true.

According to TV Line, Rivera blames lead Lea Michelle for causing the drama:

“I can say that I have to go out of town tonight for a job, and I have to be back Thursday at noon to go to work on Glee.”

“I guess Lea [Michele] was doing interviews and had omitted me from the New York cast list, but I’m sure that was just a Freudian slip on her part, or maybe it wasn’t.”

“People just take things, little things, and blow them up. But like I said, I’m reporting for duty Thursday at noon.”

Im not sure if blaming the lead is the smartest move, but at least we can put the rumor to rest shes out of a job.