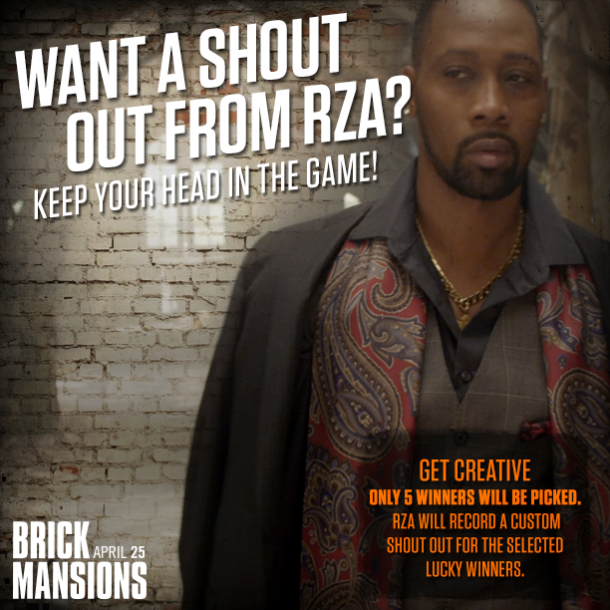 BRICK MANSIONS is an epic film featuring Paul Walker, David Belle, and RZA is releasing nationwide April 25, 2014. In a dystopian Detroit, abandoned brick mansions left from better times now house only the most dangerous criminals. Unable to control the crime, the police constructed a colossal containment wall around this area to protect the rest of the city.  Undercover cop Damien Collier (Paul Walker) is determined to bring his father’s killer, Tremaine (RZA) to justice and every day is a battle against corruption.   For Lino (David Belle), every day is a fight to live an honest life. Their paths never should have crossed, but when Tremaine kidnaps Lino’s girlfriend,  Damien reluctantly accepts the help of the fearless ex-convict, and together they must stop a sinister plot to devastate the entire city.  With stylized action featuring thrilling Parkour stunts (David Belle is the co-founder of this physical training discipline), Brick Mansions puts an entertaining twist on the action genre. 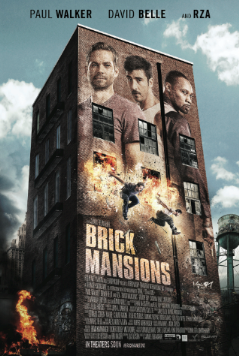 While we gear up for the premiere of this movie the homie RZA of Wu Tang is hosting a Brick Mansions Contest. Check out the details below:

Want a custom shout out from RZA?  Submit your Brick Mansions fan art or video with #BrickMansionsRZA on Facebook, Twitter, Instagram or Tumblr!  Get creative – only 5 winners will be picked.  RZA will record a custom shout  for the selected lucky winners.

For the latest news and updates on the film, be sure to follow BRICK MANSIONS onTwitter and Like theofficial Facebook page. BRICK MANSIONS opens in theaters nationwide on April 25th!

Yours truly Greg Street is back again to host Sneaker Friends 2015. Hip hop legends, professional Athletes, and many other celebs were definitely in...
Read more
Giveaway

I had the pleasure of attending a bloggers event hosted at IKEA Atlanta, we had the opportunity to tour the store, get our GRUB on...
Read more
Giveaway

Are you a fan of "Preachers of LA"? I am a huge fan of the Oxygen docuseries that shows the life and time's of...
Read more
Giveaway

I am giving away a pair of tickets for the 5th Annual "ONE Musicfest" that is guaranteed to be a good time with its powerhouse artists. Check out...
Read more