Sanaa Lathan Denies Rumors Of Her And Kobe Hooking Up 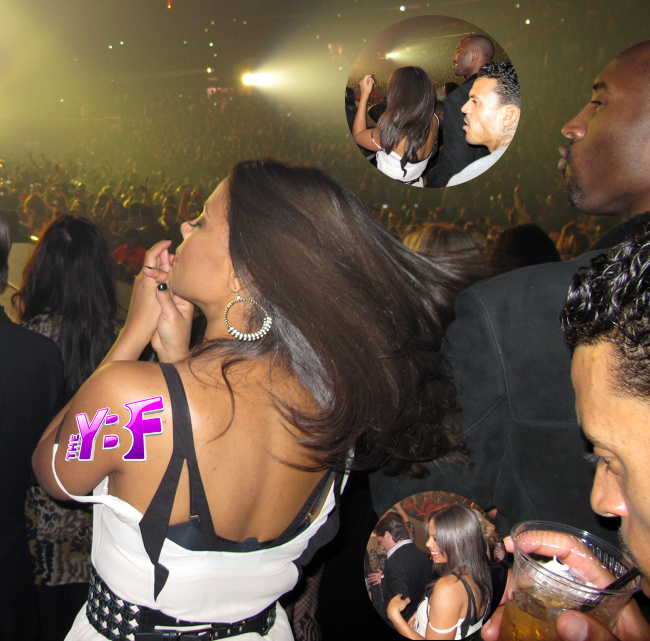 According to the NY Daily News Sanaa Lathan and Kobe Bryant were spotted being very flirty with one another at the ‘Watch The throne’ concert, in LA, which took place a few days before Kobe’s divorce announcement (click here for the scoop). They reported that an eyewitness saw the ‘Brown Sugar’ actress Â backing it up on Kobe and touching his face while in vip, but Sanaa denies any claims that her and Kobe are an item. Check out what the NY Daily News reported and what Sanaa had to say about the situation, via twitter, below.

According to our source, Lathan, 40, whoâ€™s the voice of Donna Tubbs on â€œThe Cleveland Show,â€ came to the concert with a girlfriend, and Bryant, 33, who was with teammate Matt Barnes and a bodyguard, were initially seated on adjacent couches in the club-like friends-and-family VIP area behind center stage. Kim Kardashian , BeyoncÃ© and Jake Gyllenhaal were among the other celebs in attendance.

Eventually, Lathan and Bryant ended up standing next to each other, and thatâ€™s when our source said the actress, who was drinking champagne, became progressively more flirtatious with the NBA star, who stuck to soft drinks, presumably because heâ€™s in training. Lathan, attired in a sexy white-chiffon dress over what appeared to be a black bra, was â€œwhispering in his earâ€ and at one point stroked the ballplayerâ€™s face. â€œIt seemed like a pretty intimate gesture,â€ says the source.

At one point she left her seat and when she came back, she made sure she was standing next to Kobe again,â€ says the source She also danced to Jay-Z and Westâ€™s performance in front of Bryant.

â€œShe was throwing her head everywhere. Her hair was like slapping him in the face,â€ laughs the source, who adds that at one point, one of the straps of Lathanâ€™s dressed slipped enticingly off her shoulder. When West performed â€œAll of the Lights,â€ Bryant and Lathan danced together.

Seems like this Watch The Throne concert has been the source of all kinds of love connection rumors, like Kim K. and Kanye West (click here for that story). What are your thoughts?