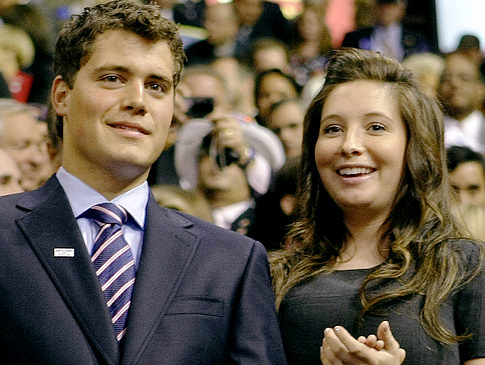 Boy oh boy. According to RadarOnline, Bristol Palin’s baby daddy and soon to be husband has allegedly knock up his ex girlfriend…and this comes out just months before the Bristol and Levi nuptials.Â Lanecia Garcia, Leviâ€™s ex-girlfriend, says he knocked her up while he and Bristol Palin were broken up.

â€œLevi insists the baby isnâ€™t his, but no one really knows for sure,â€ a source told RadarOnline.com.

â€œLevi is one of three possible fathers who were with Lanesia during the probable week of conception,â€ the source said.

This can’t be good for Sarah Palin’s political future. A teenage pregnancy, a son in law who posed for PlayGirl, and a possible baby mama in law? Yeah, this has all the trimmings for a botched campaign. Sound like some nigga shit to me…