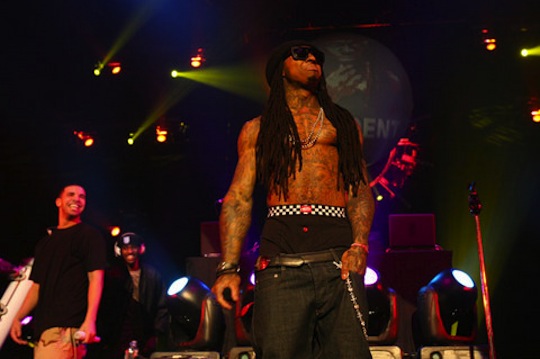 A group of scam artists are trying to use Lil Wayne’s name to rip off concert promoters. AllHipHop.com is reporting that someone has been using a fake email address claiming to be Weezy’s manager, Cortez Bryant, in an attempt to book a fake “Lil Wayne/Young Money/Cash Money Family Tour.” Cortez Bryant has since released a statement, noting that he is the only person responsible for booking Lil Wayne tour dates. This isn’t the first time that someone has impersonated Cortez Bryant in an attempt to book fake concert dates. Last November, it was reported that an individual had been setting up phony Lil Wayne and Drake concerts and then pocketing the money. No arrests were reported in the case.

Lil Wayne was released from prison earlier this month after serving eight months on weapons charges. He is currently on a three-year probation sentence for a 2008 arrest in Arizona on drug charges.