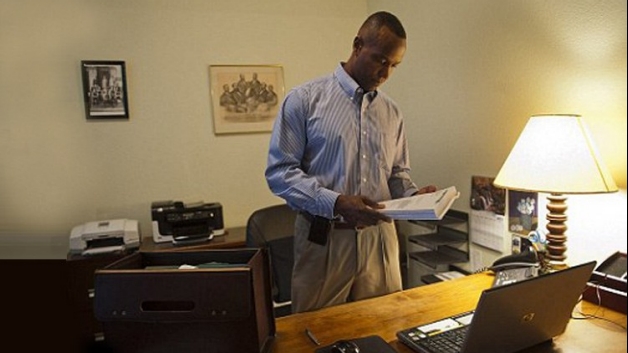 Sears shells out a whopping 5.2. million dollars in their racial harrasment lawsuit filed against them by their former employee Medro Johnson. Mr. Johnson filed his suit claiming he suffered physical and emotional abuse while employed withÂ Sears asÂ his employersÂ repeatedly said racial slurs and even asked him to call them “masta”. Due to theÂ  evidence in this case Mr. Johnson was awarded 5.2 million dollars. Check inside for more details.

A Sacramento Superior Court awarded former Sears Home Improvement Products employee, Medro Johnson $5.2 million in damages after he endured humiliating racial slurs, physical abuse and harassment by a co-worker who received no reprimand for his actions. Johnson says the abuse begin in late 2008 when his former co-worker Paul St. Hilaire walked up to the Johnson family and told Johnsonâ€™s wife and children, â€œMedro calls me ‘masta.’â€

Johnson said that he was hurt and embarassed and often complained to his superiors but nothing was done to stop the racial harassment. He also said that the same employee “bashed” Johnson with his shoulder during breaks in a company training session. St. Hilaire called Johnson the “N” word and criticized him repeatedly, and at one point knocked Johnson’s hot cup of coffee down the front of his shirt.

The breakdown of the $5.2 million award includes $2.2 million to compensate for lost earnings, pain and suffering and $3 million for punitive damages, because the jury found that Sears’ policymakers and managers conducted themselves “with malice, oppression or fraud” in failing to investigate or to act on Johnson’s complaints.

“I feel like justice was served, and I would hope that the award will send a message to Sears and that they will change their behavior so no one has to suffer like I had to suffer over these years,” Johnson said.

Sears had no comment except to say that it was “very disappointed in the verdict” and that it planned to explore post-trial options, including an appeal.

This is a big issue. Racial conflicts go on everyday in the workplace. Do you think the former employee deserved $5.2 million? Â Do you shop at Sears and if so will you still shop at Sears after knowing how they treated their employees?