Season 4 of VH1 “COUPLES THERAPY” is Most Popular To Date! 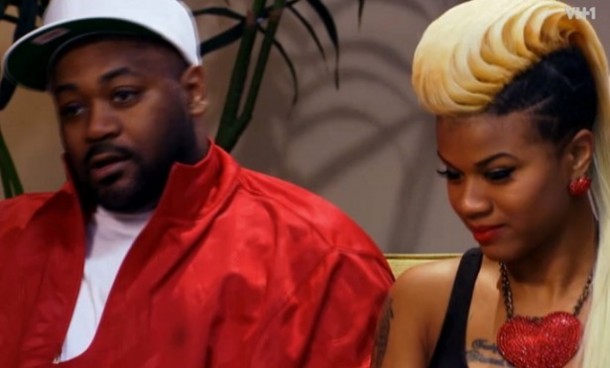 The homies over at VH1’s “Couples Therapy” has been live and doing the absolute most this season and thanks to that energy they are ranked the most popular one to date.

“Couples Therapy” is getting Hollywood’s most (in)famous couples together and the fans have taken notice. Season four of “Couples Therapy” is the series’ highest-rated and most popular season to date. Heading into finale, “Couples Therapy” is pacing up +50% from the prior season in the key P18-49 demo, and +60% with women 18-49. And thanks to “Couples Therapy” and hit “Mob Wives: New Blood,” Thursday nights on VH1 are up +250% among adults 18-49 versus the same time period last year according to Nielsen Media Research. “Couples Therapy” finales this Thursday, March 6th at 9 PM ET/PT on VH1.

This season of “Couples Therapy” featured some of the most controversial and difficult couples for host and lead therapist, Dr. Jenn Berman, to treat. From healing old scars with Taylor Armstrong (RHOBH) and boyfriend John Blueher, to treating a once again newly single Farrah Abraham (Teen Mom), to working on communication between Jon Gosselin (Jon & Kate Plus Eight) and girlfriend Liz Janetta, to addressing fidelity and trust issues with Ghostface Killah (rapper) and girlfriend Kelsey Nykole, and to smoothing out an exceedingly volatile relationship between Whitney Mixter & Sada Bettencourt (The Real L Word), Dr. Jenn pushed these couples beyond what everyone thought was even possible.

Tune-in to see how this group of celebs wrap up their therapy journey on the season finale of “Couples Therapy,” Thursday, March 6th at 9 PM ET/PT on VH1.