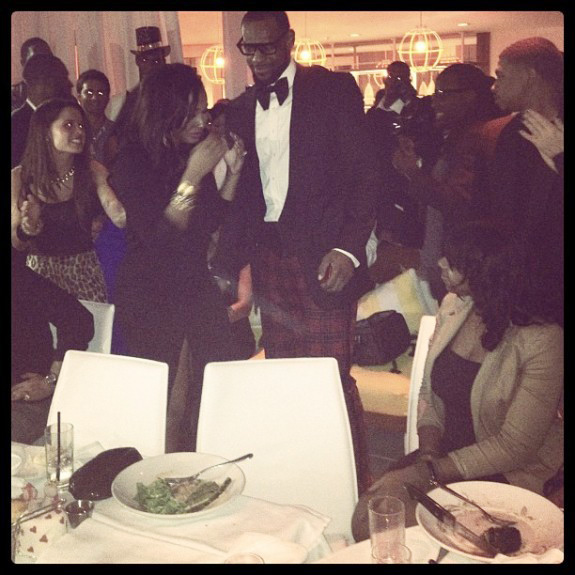 Miami Heat star LeBrone James proposed his high school sweetheart and mother of his two boys during a private dinner party in Miami last night. 26-year-old Savannah and James have been together for 8 years now before choosing the right decision to get married.

LeBrone’s teammates were also spotted at the dinner party. Some of them include Chris Bosh and his wife Adrienne, Dwyane Wade and his fiancee, Gabriele Union; Juwan Howard and his wife Jenine, actress Sanaa Lathan, rapper Fat Joe and others. By the way, it was LeBrone’s 27th birthday party as well.

Take a peek in the gallery inside to see some exclusive shots from the party. Also let us know if you think the two will really last until death do them apart. With all these break-ups going on the glamor world today, it’s hard to believe..

Finally! The ups and downs of Erica Mena and Safaree Samuels' relationship made it to the altar! The pair's lavish wedding ceremony was broadcast...
Read more