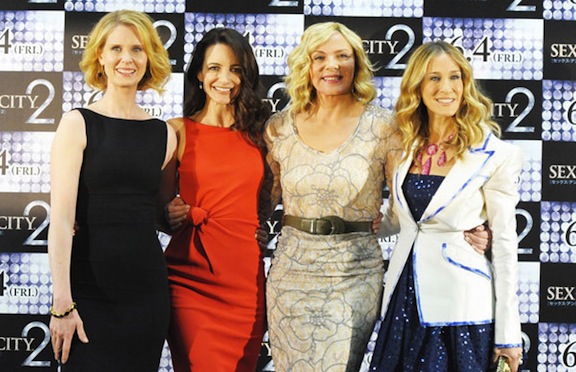 The new homie over at Amygrindhouse.com are reporting that Sex and the City 2 is a flop. This is what they had to say:

Sex and the City 2 has been released. Weâ€™ve seen the cast attend the NY premiere, alongside a gaggle of A/Z-listers. We then saw them at the London premiere, where Sarah Jessica Parker did her best Posh Spice and wore the most over-sized ridiculous thing possible to upstage the other women (and from the stink eye, they were giving her in some pictures, they were less than impressed). Here are all the pic’s

All the annoying exhaustive television promo and more, that they did, was apparently not enough. The film still lost the number one spot to Shrek Forever After (which kept its number one position with $43.3 million from Friday to Sunday). SATC 2 went in at number two with a $32.1 million debut that came in well below the $56.8 million opening weekend of its predecessor two years ago (with a $14.2 million haul in its first day Thursday, the film has brought in $46.3 million). Price of Persia was at number three this week, with $30.2 million.