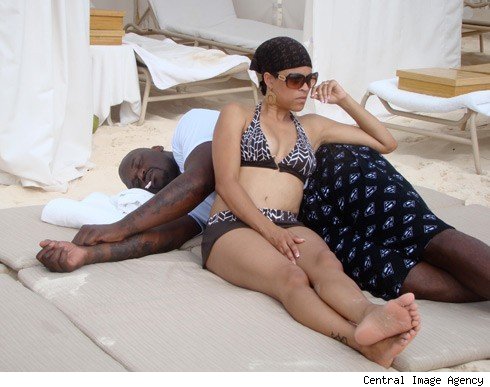 Shaquille Oâ€™Neal is caught in the middle of a criminal case in which seven gang members allegedly kidnapped, assaulted and robbed a man who claimed to have a tape showing Shaq having sex with other women while he was married to Shaunie.
Now it’s known that Shaq hasn’t always been faithful in fact the infamous vixen Karrine Stefans has gone out publicly to share he relations she and Shaq shared while Shaq was married to the beautiful Shaunie, which sad to say has ended their marriage in divorce. Now that their relationship is over, they both have found happiness else where with their new relationship young tenderoni’s. But their is a possibility that they maybe back in the spot light together as it has been alleged that a sext ape of the two will soon be hitting the airwaves.