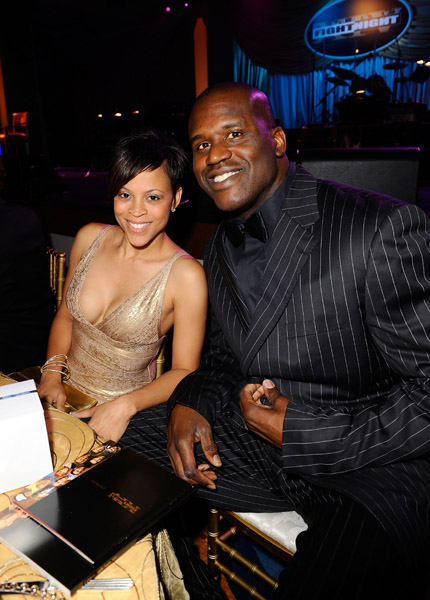 Shaquille O’Neal believes his exwife Â Shaunie O’Neal may be throwing saltÂ on Â a “televised revenge” plot on her VH1 reality show, Basketball Wives Â and now he’s making legal threats to keep her from Shaq-bashing on the air.
Shaq’s lawyer has fired off a letter to the network in which he demands VH1 immediately halt production on “any further episodes of ‘Basketball Wives’ which make any reference to Mr. O’Neal.”Â  He ain’t playing.
Shaq’s lawyer claims Shaunie signed a confidentiality agreement at some point in their relationship — so if she says anything about Shaq on TV, she and the production company will find their asses in court.
The first episode of the show already ran last week and show #2 — which reportedly features a scene centered around Shaunie’s relationship with ShaqÂ  — is scheduled to run Sunday. Sources close to the show tell us it’s unclear whether or not the next episode will make air. He straight threw her ratings under the bus.Â  I bet he is going to tell her to drop his last name. I wonder what he has to hide? -Courtney L.