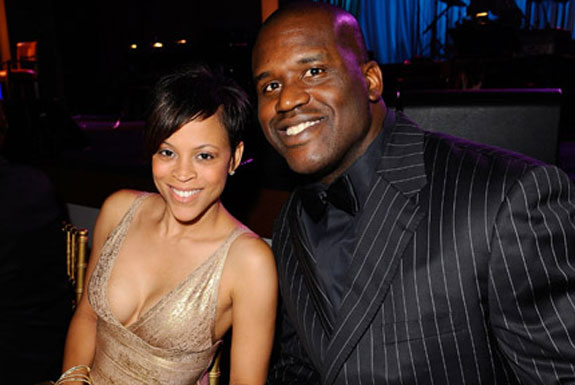 NBA superstar Shaquille O’Neal is accused of using his son to threaten the boyfriend of his estranged wife. According to documents obtained by TMZ.com, attorneys for Shaunie O’Neal recently wrote to Shaq’s camp claiming he “interrogated” his and Shaunie’s children to tell him everything they knew about her new boyfriend. Here are some pictures of Shaunie and her new boo Marlon Yates… 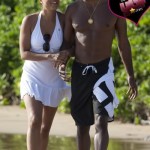 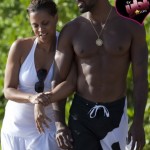 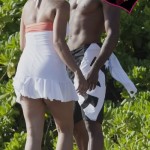 Shaunie claims Shaq’s line of questioning intimidated and scared the children. She also says he told their six-year-old son to tell her boyfriend that Shaq “is going to kill him,” and allegedly demanded that the child repeat what he said, allegedly saying, quote, “Say it now! My daddy is going to kill you!” Shaunie’s attorneys are demanding that Shaq stop “further inappropriate discussions” with their children.

Shaunie O’Neal currently stars in the new reality series “Basketball Wives” which airs Sunday nights on VH1. Shaq recently fired off a letter to the cable network demanding a halt on production on any more episodes of the show which makes reference to him. An attorney for the basketball star says Shaq and Shaunie signed a confidentiality agreement during their relationship, so legal action could be launched if she says anything about Shaq on TV. Shaq and Shaunie tied the knot in December 2002. O’Neal first filed for divorce from Shaunie in 2007, but later withdrew the petition. Shaunie filed for divorce last fall citing irreconcilable differences.