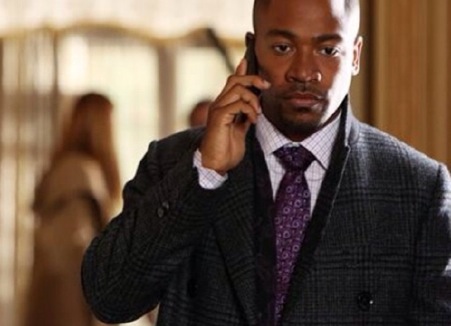 Columbus Short domestic issues has spilled into his acting career and costed him a job on the hottest show on tv.

Sad to say folks, but Columbus Short will not be one of the returning gladiators for the fourth season of “Scandal,” and his outside affairs are the reasons behind it. Short has been involved in a string of domestic violence incidences lately. The most recent being when he put a knife to his wife throat and threatened to kill her, along with himself. Unfortunately, Short’s drama was too much for Rhimes’ on screen drama.

The actor released a statement earlier, which has confirmed his departure from the popular ABC show. “At this time I must confirm my exit from a show I’ve called home for 3 years, with what is the most talented ensemble in television today.” Short did end it on a positive note by wishing Shonda Rhimes, and his fellow castmates the best.

Guess one of the biggest question of the season finale was confirmed, Harrison does take that bullet at the end. I did not want to see him go, but I am curious to see what the gladitors will do without Harrison?