Shonda Rhimes Says ‘BYE FELICIA’ To All The Homophobes! 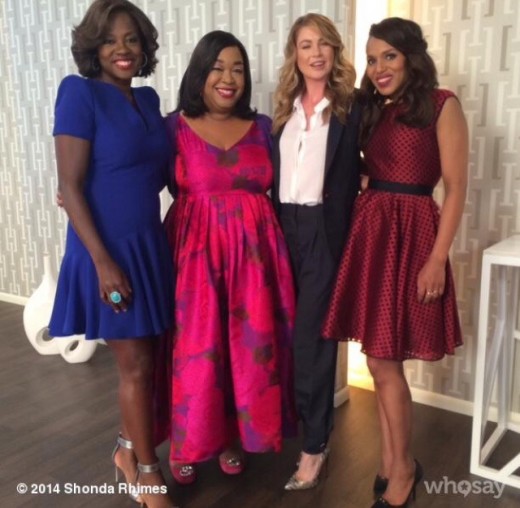 Shonda Rimes Gets Scandal-Ous on Twitter! Find out who she told “Bye Felicia” to!!!

Shonda Rimes is about her business. I think that’s fairly obvious, as she is the hardest working woman in show biz right about now. With several hit TV shows under her belt, Ms. Shonda has no time for games. The award winning writer did however, take a few minutes over the weekend to set an opinionated viewer straight.

Rimes is the mastermind behind shows like “Scandal,” “Grey’s Anatomy,” and “How to Get Away With Murder.” It’s no secret that each of these shows is filled with lots of steamy scenes, not excluding same sex love scenes. So when a viewer tweeted about his distaste for the same sex love scenes in her shows, Shonda set things straight in no time.

There are no GAY scenes. There are scenes with people in them. If you are suddenly discovering that Shondaland shows have scenes involving people who are gay, you are LATE TO THE PARTY. If u use the phrase ‘gay scenes,’ u are not only LATE to the party but also NOT INVITED to the party. Bye Felicia. #oneLOVE.

Welp. That cleared everything up!
Here is the tweet that set Shonda off: 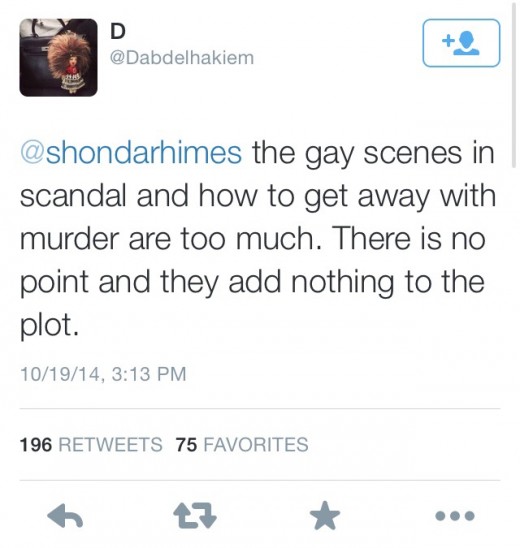 We think it’s safe to say that Shonda will continue to push the envelope, and we’re positive that she won’t be removing any of the “gay scenes” from her plots. Doesn’t seem like a bad idea, given all of her success. We can’t wait to see what she has in store for us this Thursday!