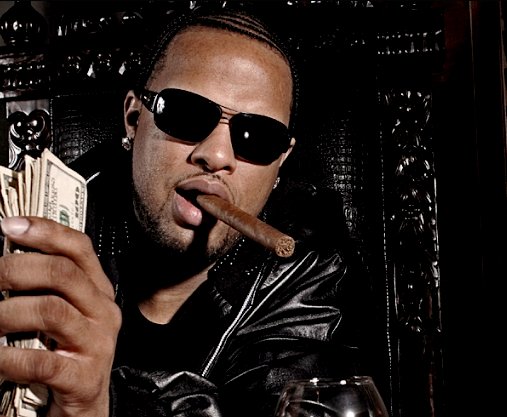 I really think Slim Thug has lost his mind. He feels that most black women standards are too high. Newsflash (speaking for myself) it is not anything wrong with being realistic and knowing what you want. By the way, I have three degrees. So I guess that makes me an educated fool? Slim, that doesn’t define my character. That is why I am not upset with his opinion. Why would I want someone that can’t add to what I have? Bow down…maybe you meant be submissive? Furthermore, black women can be submissive but should not be submissive to stupidity. You said that black people should change their frame of reference. I think instead of making a suggestion you should act upon it (pull your pants up). You downplayed women on the whole making white women sound like they are slaves. I think there are insecurity issues when you feel that someone should bow down to you. Nevertheless, why wouldÂ  a woman play house with a man when more than likely he treats her like a rental? Sweetie, anyone can control a puppet. The way Black people think in general is messed up. Both men and women need to change their way of thinking. Itâ€™s hard to trust a Black woman [sometimes] because a lot of Black womenâ€™s mind frame is that the man gotta do everything for herâŽ¯ he gotta pay for this, he gotta pay for that, and if it ainâ€™t about money then a lot of them ainâ€™t fucking with him. If thatâ€™s what youâ€™re here for then I donâ€™t want to be with you.

Most single Black women feel like they donâ€™t want to settle for less. Their standards are too high right now. They have to understand that successful Black men are kind of extinct. Weâ€™re important. Itâ€™s hard to find us so Black women have to bow down and let it be known that they gotta start working hard; they gotta start cooking and being down for they man more. They canâ€™t just be running around with their head up in the air and passing all of us.

I have a brother that dates a White woman and he always be fucking with me about it saying, â€œYâ€™all gotta go through all that shit [but] my White woman is fine. She donâ€™t give me no problems, she do whatever I say and yâ€™all gotta do all that arguing and fighting and worry about all this other shit.â€

My girl is Black and White. I guess the half White in her is where she still cooks and do all the shit that I say, so we make it. She just takes care of me and I like that. She donâ€™t be begging and I donâ€™t gotta buy her all this crazy ass shit. And sheâ€™s a smart girl too. She graduated from Columbia [University] and I like that about her so itâ€™s cool. Iâ€™ve dated girls that will buy a $3,000 bag and donâ€™t know how to pay it off on their credit cards. They walk around in these Louis Vuittons and red bottoms but theyâ€™re riding around in raggedy cars, so itâ€™s just getting your priorities right.

White women treat they man like a king and Black women feel like they ainâ€™t gotta do that shit. Black women need to stand by their man more. Donâ€™t always put the pressure of if Iâ€™m fucking with you, you gotta buy me this and that. Black men are the ones that motherfuckers need [but] I think a lot of them need to step it up too. A Black man who gets a little bread will go make it rain in the club and be broke the next day or instead of him going to invest in a business he gonna go buy new jewelry or a new car and still live in the hood. Black peoplesâ€™ mentality is real fucked up in general [and] itâ€™s affecting everything.

Black women need to be more genuine and be more 50/50 [but] It should be a fair exchange in a relationship period or eventually somebody is gonna feel like theyâ€™re getting fucked over whether itâ€™s the woman or the man. I think that will help Black relationships out a lot. âŽ¯As Told To Starrene Rhett of Vibe