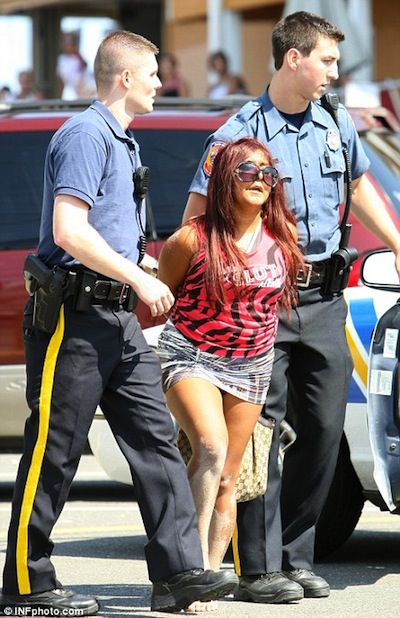 This should make for a fun episode. The “Jersey Shore” cast is currently living it up in Florence, Italy, as they film the next season of the MTV smash hit. Unfortunately, it appears that the rules of the road have escaped them. Snooki (also known as Nicole Polizzi) was taken into police custody on Monday after crashing into a police car. 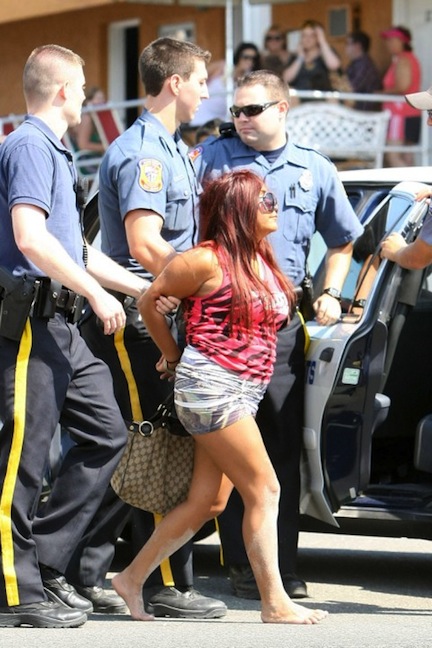 TMZ reports that zero alcohol was involved in the incident, in which Snooki drove her car into the back of a police car and ended up wedged between the car and a highway wall. JWoww (also known as Jenni Farley) was in the car with Snooki at the time and had to climb out the window to exit.

Initial reports say that no one was injured in the crash