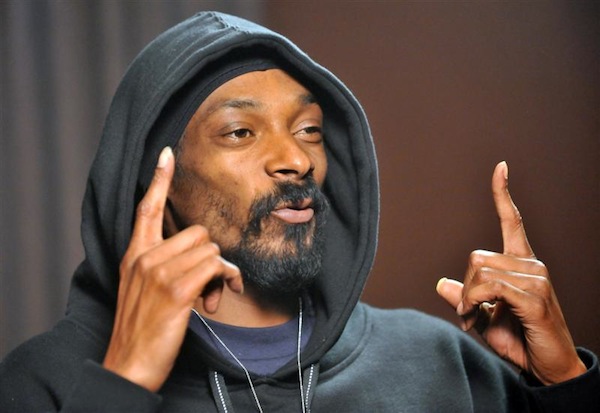 Snoop Dogg’s next record will no longer be a sequel to his multi-platinum debut effort “Doggystyle.” The emcee tells Rap-Up.com that he has decided to call his forthcoming release “Doggumentary Music.” He explains, quote, “It’s called ‘Doggumentary Music’ because this is my life and I want to share my music, and my process of making it, with the fans.” Fans will be able to sit alongside Snoop while he records his next record, as he plans to release several Ustream videos from the studio during the recording process. He adds, quote, “I want my fans to ride with me on this one and know that I am so focused on bringing good music to them.”
Snoop Dogg’s “Doggumentary Music” is set for a March 2011 debut. His last release, 2009’s “Malice N Wonderland,” peaked at number two on Billboard’s Top Rap Albums chart.