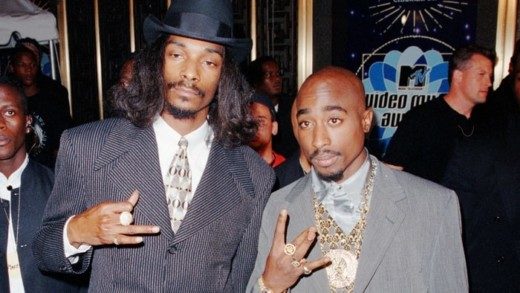 Snoop Dogg will induct his late friend Tupac Shakur into the Rock and Roll Hall of Fame at the April 7th ceremony in Brooklyn, Rolling Stone has confirmed.

Twenty years after his death, the rapper’s legacy is still felt
The two rappers collaborated on All Eyez on Me’s “2 of Amerikaz Most Wanted,” and Snoop Dogg has often taken credit for bringing Shakur to Death Row.

News of Snoop Dogg’s involvement first surfaced Sunday in a TMZ report that stated the rapper and potentially Dr. Dre, who was enshrined in the Rock Hall with N.W.A in 2016, would participate in a three-song musical tribute to Shakur that included the hit single “California Love.”

However, Rolling Stone has learned that the final lineup for the all-star Shakur tribute has not been cemented.

In a 2015 interview with Michael Rappaport, Snoop Dogg reminisced about meeting Shakur for the first time at a wrap party for the film Poetic Justice, which starred Shakur and Janet Jackson. The two rappers were aware of each other’s music but had never met; however, they soon bonded during a smoking session. Eventually, Shakur aligned with Snoop and Dr. Dre on Death Row Records.

“‘Pac brought a spirit to the studio that was different than anybody we ever worked with,” Snoop said of the rapper in another interview. “He had a spirit – like this nigga could be in three different rooms at one time makin’ music. He would never listen to it.”