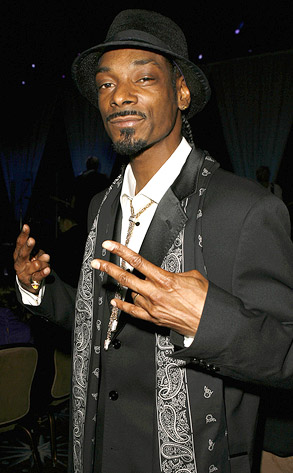 Snoop Dogg will be saluted as a BMI Icon at the BMI Urban Awards, slated for Friday, August 26 at the Pantages Theatre in Hollywood. BMI President & CEO Del Bryant will share hosting duties with Catherine Brewton, Vice President, Writer/Publisher Relations, Atlanta, as the entertainment community gathers to celebrate the most-performed urban songs, songwriters and producers of the previous year. The evening will include an all-star musical tribute to Snoop Dogg, as well as the presentation of the Urban Songwriter, Song, Producer and Publisher of the Year crystals.

BMI Icons are selected because of their â€œunique and indelible influence on generations of music makers.â€ As a BMI Icon, Snoop Dogg will join ranks that include George Clinton, The Jacksons, James Brown, Isaac Hayes, Little Richard, Chuck Berry, The Bee Gees, Willie Nelson and Carlos Santana, to name a few.