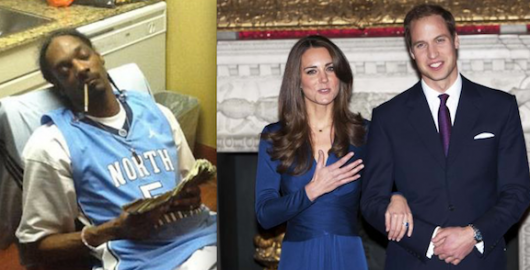 Snoop Dogg is all for Prince William and Kate Middleton expanding their family. The emcee caught up with “The Sun” and revealed that he thinks the royal couple should “make some babies soon.” Snoop even offers to help them in the process, adding that he might get in the studio and “record them their own baby-making music.” The rap icon went on to say that he would like to one day be invited to Buckingham Palace, noting that he would wear “the flyest suit you’d ever seen” when meeting the Queen.

Snoop Dogg is no stranger to lending his musical talents to the Royal Family. He recorded the song “Wet” specifically for Prince William’s bachelor party. It was also reported that Snoop was asked to perform at the event.