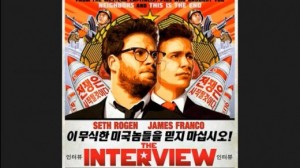 Sony Pictures has decided that they will release the controversial film “The Interview” on December 25 despite threats of terrorism. President Barack Obama had recently spoken out about the film and called the original decision not to show the film a “mistake.” In a press conference, President Obama said, “We cannot have a society in which some dictator someplace can start imposing censorship here in the United States. If somebody’s able to intimidate folks out of releasing a satirical movie, imagine what they start doing when they see a documentary they don’t like, or news reports they don’t like.”

One of the stars of the film, Seth Rogen, could not contain his excitement and shared the following tweet:

The people have spoken! Freedom has prevailed! Sony didn’t give up! The Interview will be shown at theaters willing to play it on Xmas day!

VICTORY!!!!!!! The PEOPLE and THE PRESIDENT have spoken!!! SONY to release THE INTERVIEW in theaters on XMAS DAY!

What do you think about this about face by Sony? Do you think it was a good idea to release the film or not? Please share your thoughts in the comments!