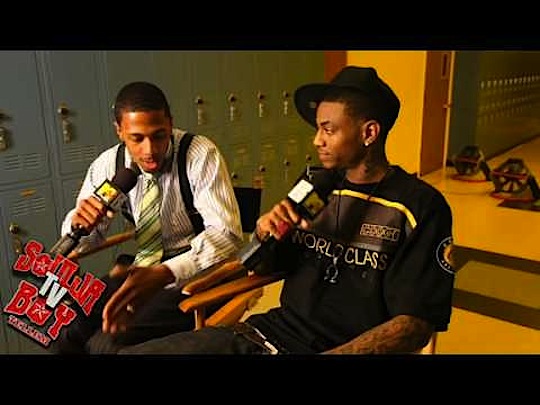 A pair of hip-hop stars will be teaming up this fall to take over the big screen. Soulja Boy Â recently Â revealed that he will be starring in a movie written by Nick Cannon. Soulja Boy remarks, quote,

“Me and Nick Cannon have been talking back and forth for, like, the last year about a movie,” adding, quote, “he wants me to star in a movie that he wrote when he was, like, 17.”

Soulja Boy Tell ‘Em is preparing to release his third studio effort, “The DeAndre Way.” The record will reportedly arrive on October 5th.While the “Pretty Boy Swag” rapper isn’t revealing too many details, he did say that production on the film will begin in November. Soulja Boy says he hopes to make more movies in the future, adding that he would like to shoot a biopic one day. He states, quote, “I want people to know my story, because a lot of people know Soulja Boy and know my songs, but a lot of people don’t know where I’m from or where I came from, how I did it.”

It's been a long journey, and Greg hung in there long as he could.   View this post on Instagram   A post shared by freddyo (@freddyoart) //www.instagram.com/embed.js Greg was...
Read more
Uncategorized

If you haven't heard then it's going down this Monday, August 31st Brandy vz Monica Verzus Tv Battle. It's literally going to be hit...
Read more