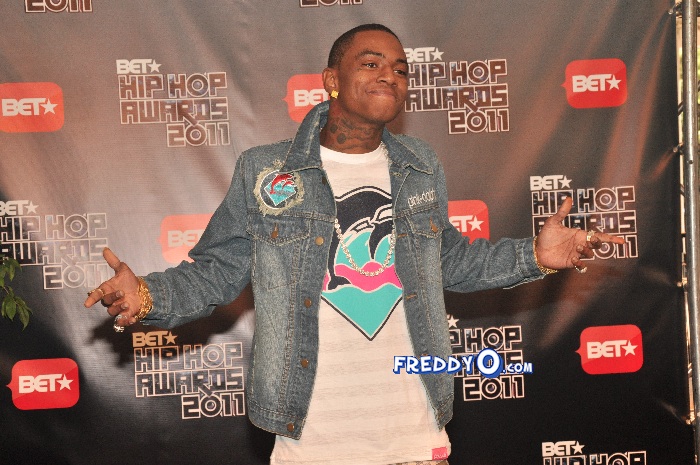 Soulja Boy fans should be excited to know the rapper has decided toÂ release aÂ movie based on hisÂ quick ride toÂ fame as a rapper. Soulja Boy: The MovieÂ  will be coming to DVD soon and we have an exclusive clip inside.

Soulja Boy gets help fromÂ Academy Award nominated director Peter SpirerÂ  whoÂ is responsible forÂ films such as Notorious B.I.G. Bigger than Life, Tupac Shakur: Thug Angel.Â  The movie will feature a new side of DeAndre Cortez Way also known as Soulja Boy, depicting moments when he struggled to make a name for himself as well as show his time with his S.O.D Team and his family.

Soulja Boy’s claim to fame happened when the youngÂ MC uploaded his own music on Myspace which received millions of views and got the attention of record exec Mr. Collipark where he signed a deal with Interscope Records. His catchy hooks and dance moves has made him a powerforce in the Hip Hop community and although some feel he is not a good rapper, Soulja Boy continues to sell out shows and top the charts with hits.

“Soulja Boy is undoubtedly one of the most creative, entrepreneurial hip hop artists I have ever dealt with,â€ said Spirer.Â Â â€œHis ability to monetize the internet and his grasp of social media is unparalleled.Â Â  I think sometimes the press, the public and his peers dismiss him due to lack of understanding or jealousy, and thatâ€™s where I hope my film comes in — a straight forward intimate look at a talented young man.”Â

Go pick your copy of Soulja Boy: The MovieÂ on Â October 18th. What do you think about the clip?

Congratulations to actress and singer/songwriter Christina Milian who gave birth to her baby boy on Monday! She and her partner, Matt Pokora, have named...
Read more
Celebrity Interviews

Writer, director, and producer Tyler Perry and some of the cast of the latest TP production "A Fall From Grace" including Crystal Fox, Bresha...
Read more
Breaking News