Soulja Boy To Play The Real Tupac In His BioPic 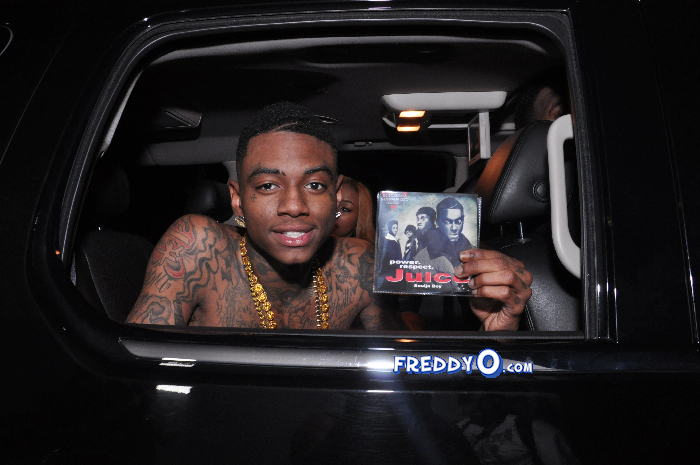 Recently the homie Soulja Boy sat down with with MTV’s Sway and had spilled the beans about his new movies avenues he has been approached with. We all know that Soulja Boy recently finished doing the remake to the classic film “Juice” starring Tupac. Alhough he received a lot of slack for it he also got some love, so much that the super director Antwan Fuqua reached out to Soulja’s Agency and specially requested he audition for the actual Tupac Biopic that will soon go into production.

â€œI got an email from William Morris Agency â€” thatâ€™s my agency that Iâ€™m with â€” they reached out to me to play the part. Iâ€™m just still thinking about it right now,â€ he told MTV news .

â€œEven with the whole â€˜Juiceâ€™ movie, Iâ€™m playing a part that Tupac played, but Iâ€™m not actually playinâ€™ â€˜Pac,â€ the â€˜Blowing Me Kissesâ€™ rapper explained. â€œWhen it comes to this, Iâ€™m actually gonna be playinâ€™ â€˜Pac, so Iâ€™m really still just thinkinâ€™ about it. But Iâ€™m just honored that they would reach out to me and ask me anyway.â€

If you were in Atlanta, Ga this past Thursday, Kanye West bought out the whole Mercedes-Benz Benz stadium to do a listening session for...
Read more
Artist Collaboration