Spike Lee Comes To The Defense Of Colin Kaepernick 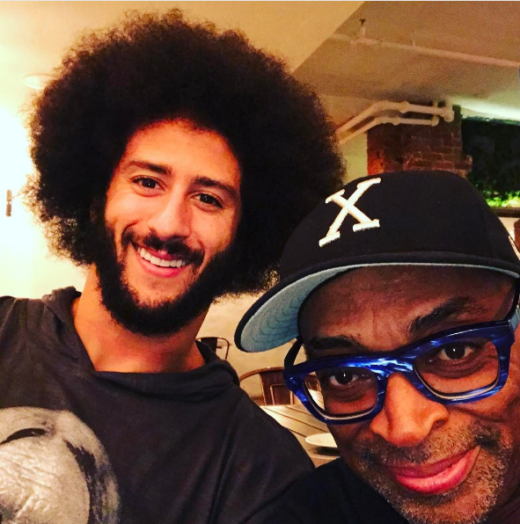 Director Spike Lee is defending NFL’er Colin Kaepernick. If you’re a sports fan, then you’ve noticed that Kaepernick has yet to be picked up by a NFL team. And many speculate, it’s because of him speaking out about his political views (kneeling for the national anthem, revealing that he didn’t vote, etc.).

Just Had Brunch With My Brother Colin @Kaepernick7 . How Is It That There Are 32 NFL Teams And Kap Is Still A Free Agent? WTF. Smells MAD Fishy To Me,Stinks To The High Heavens. The New York J-E-T-S Need A Quarterback. Who Is The J-E-T-S Quarterback? Is My Man Joe Willie Namath Coming Back? Crazy Times We Live In. The Question Remains What Owner And GM Is Going To Step Up And Sign Colin So Their Team Has A Better Chance To WIN? What Crime Has Colin Committed? Look At The QB’s Of All 32 Teams. This Is Some Straight Up Shenanigans,Subterfuge, Skullduggery And BS. Ya-Dig? Sho-Nuff. By Any Means Necessary. And Dat’s Da NoFunLeague Truth,Ruth.

Meanwhile, Sports Journalist Stephen A Smith is weighing in on the situation, noting that if it wasn’t for the drama around the national anthem, Kaepernick would probably have a job by now. See the clip.