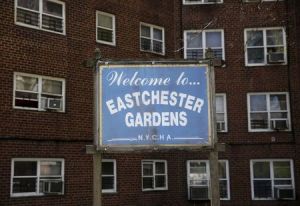 Welcome to Eastchester Gardens, home to some of the Bronx’s nefarious criminals and the streets are talking, or at least they will be now that the NYPD is on the move and are taking everyone that’s guilty as prisoners! According to NY1 members of the 2Fly and BMB  (Big Money Bosses) gangs were arrested and will be indicted on various charges.

Around 2 a.m. today in the Bronx, in what’s being speculated as the LARGEST gang take-down in New York City’s history, in a collaborative effort, the NYPD’s Bronx Gang Squad, U.S. Homeland Security, the DEA and ATF arrested 120 alleged rival gang members and their affiliates at multiple New York City Housing Authority developments in the borough, including the Eastchester Gardens Houses. Prosecutors say it is the most people indicted at once in New York City history. 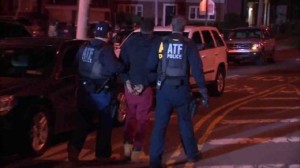 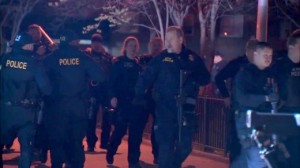 The charges included but were not limited to, Illegal use of firearms, narcotics, drug trafficking in school districts, conspiracy and racketeering.Their arraignment is scheduled to take place in the Federal District Court in Manhattan. Since 2007, officials said the turf war between the two groups has led to shootings, stabbings, slashings, beatings and robberies.

According to the indictment, leaders of BMB referred to themselves as Big Suits, and had subcategories signifying rank, such as Burberry Suits, Louis Suits, Gucci Suits, Ferragamo Suits, and Sean John Suits.The indictments also identified the suspects by theatrical aliases ranging from “Money Making Kenny”, “Broadway”  “Mark the Gritty Shark” and “Wayne Brady”!

2Fly YGz, a.k.a 2Fly, operated around the Eastchester Gardens public housing project in the Bronx and in the vicinity of Gun Hill Road, much of their crimes were committed against rival gangs specifically BMB and Slut Gang who’s territorial claim was in the White Plains Road and Boston Road areas. 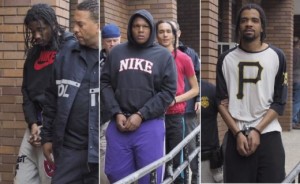 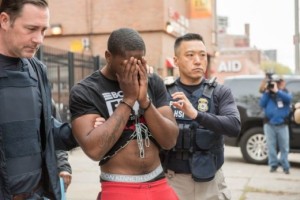 Police Commissioner Bill Bratton and U.S. Attorney for the Southern District of New York Preet Bharara said members of the 2Fly and BMB gangs were also connected to several homicides including the the murder of 92-year-old Sadie Mitchell who was struck and killed by a stray bullet in 2009 whiles in her Williamsbridge apartment,the 2014 shooting death of Keshon Potterfield on 232nd street, stabbing deaths of Alexander Walters, 17 in 2012 and 15 year old Jeffrey Delmore near East Gun Hill Road; Donville Simpson, also 17, shot to death in 2013. 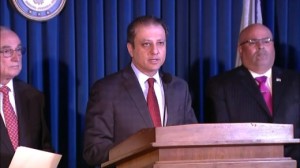 “We bring these charges so that all New Yorkers, including those in public housing can live their lives as they deserve; Free of drugs, free of guns, and free of gang violence,” the U.S. Attorney said.

“These gang members do not belong on our streets, instead they belong exactly where they’re going, in federal prison for many years where they won’t be surrounded by their buddies, they won’t be close to their families, and they’ll no longer be free to terrorize the neighborhoods in which they grew up,” Bratton added.

Angel Melendez, head of Immigration and Customs Enforcement’s Homeland Security Investigations claimed that between the two gangs 1,800 shots had been fired among them and was responsible for the deaths of 39 people.

“Those arrested today allegedly used violence and fear to intimidate people who live within and around the Eastchester Gardens public housing,” said Angel Melendez, head of Immigration and Customs Enforcement Homeland Security Investigations.

It was a sigh of relief and a happy day for residents of Eastchester Gardens who praised the surprise action of the Law enforcers.

“Finally we’re going to be able to sit outside with our children and grandchildren without having to worry,” said Donna Fischer, 61. “We’re getting our development back from these criminals.”