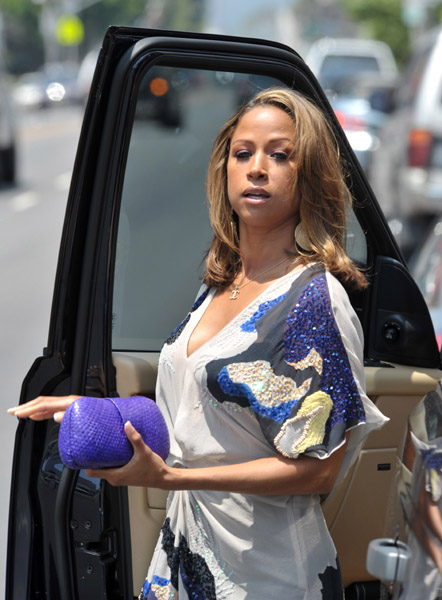 “I truly enjoyed playing Val on ‘Single Ladies’, but I have decided to leave the show. I have to be back in L.A. with my children right now and the ‘Single Ladies’ shooting location makes that impossible. I wish VH1 the best of luck with the show and in maintaining the strong fan base we developed in season one.”

Interesting statement to release especially being that Stacey is a veteran in the acting industry. I would have thought that Stacey would take into consideration things such as her family before accepting the role. VH1 released a statement as well 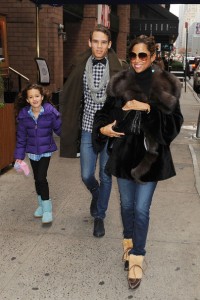 “VH1 respects Staceyâ€™s decision and her commitment to what she feels is best for her family.

We thank her for all of her hard work in making â€˜Single Ladiesâ€™ a success right out of the gate, and we wish her nothing but the best in her future plans.”

Hmm…seems like a nice way to let her go.

I’m sure Stacey was concerned with her public image so perhaps she managed 1to work something out with VH1 so that she could still walk away with a squeaky clean image.

What are your thoughts on this? Do you think she really got fired and she’s just using the family reason as a cover?

Ray J is getting paid a record breaking to take part in "Celebrity Big Brother".The entertainer will be paid a whopping $1million (£810,000) to...
Read more
Beauty

How many of you tuned into the new Basketball Wives LA last Sunday  where we were introduced to Dujuan Blair's girlfriend/babymam Angel "Love" Davis?...
Read more
Celebrity Drama

The power of social media is actually scary, very much so real and unfortunate at times for some people. It allows anyone, from anywhere,...
Read more
Breaking News

Actress Stacey Dash Is Teaming Up With Fox News

Look out guys! "Clueless" star, Stacey Dash, is the newest contributor to Fox News. Check out the details below! Not only is Stacey Dash known for...
Read more