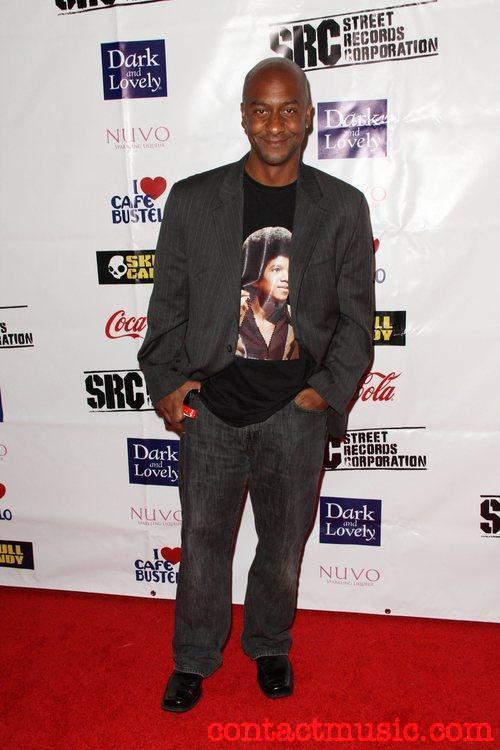 So now we finally get clarification on what the hell happened to the BET Roster and why many celebrities we thought would make the cut got snubbed this year. We get the mishap from the man that runs the show Mr. Stehpen Hill who is the Executive VP of BET sat down and dished to the world on what happened with this years BET Award roster. He speaks on Trina’s vulgar response via twitter and all the support she receive from the other celebs (Read More)

BET.com: How were the nominees chosen for this yearâ€™s BET Awards?

Why wasnâ€™t Trina nominated in the Female Hip Hop category?

Okay, that was because Trina didnâ€™t submit a video that was in during the eligibility period. Let me back up. To be eligible, hereâ€™s what you have to have: a video thatâ€™s submitted and then first played on BET…between April 1 of one year and March 30 of the next year. So for this eligibility period it would be April 1 of 2010 to March 30 of 2011. She did not release a video to us in that time. â€œMillion Dollar Girlâ€ came in March. I think it was March 12 or so of 2010. And so she was in last yearâ€™s nominees for that. While she was featured in Lola Monroeâ€™s video, the rules are you have to release a video of your own. You have to be the primary artist on it. You canâ€™t be just the feature artist and be eligible. So thatâ€™s why Lola Monroe was eligible but Trina was not for this year because it came out this year. So Iâ€™ve reached out to her camp. Iâ€™ve talked to the head of her label. And actually the only reason I might get off this call is because I may be getting a call from Trina while this call is going on.

If she calls you just go ahead and jump off.

And I want to be clear: We love Trina, we work with Trina. She performed â€œMillion Dollar Girlâ€ on Rip the Runway in February of 2010. So we love Trina. We definitely understand that itâ€™s a misunderstanding. And Iâ€™ll tell you now, if I were Trina and Iâ€™d released something during the eligibility period and it had not been nominated, I probably wouldâ€™ve had a little bit of side-eye too. But the truth is she just wasnâ€™t in the eligibility period.

Trina wasnâ€™t the only one throwing the side-eye. Diamond shouted her out on Twitter, and even Nicki Minaj criticized the nominees. Does that concern you at all?

No, no, honestly. Because they were all operating off of false information basically. They all believed that Trina was eligible to be nominated. I love that. They were supporting each other. Far too many times in hip hop people want to tear each other down or not support each other. So even though it was at our expense, you have all these women supporting each other in the hip hop field. So hopefully people will feel better once the truth comes out, once they realize that there was no eligibility there. But absent that, if them not knowing the rules fostered some camaraderie, Iâ€™m all in.

One thing the controversy shows is just how closely the nominations are watched.

In the female hip hop category, there is one very strong nominee and three others who are not as prominent. Why not just have a best rapper award and let Nicki Minaj compete against the guys?

Hereâ€™s what I think: We have this category as an aspirational category. Right now, there are very few women who put out hip hop videos. I will share with you: How many women do you think presented hip hop videos to BET in the eligibility period?

Based on the nominees I would guess four.

You are correct. Exactly four. So when your nomination level is five, everyone who submits a video is nominated. Now people might want to laugh at that. But I hope the same people who laugh at that realize that they were the people who were upset when that category was taken out of the Grammys. Right? Everybody was up in arms. So weâ€™re going to keep it in. You know why? For the same reason that we aired My Mic Sounds Nice last year. Itâ€™s to hopefully encourage women. That show should have been one big hour-long ball of encouragement [for women] to start writing rhymes and call themselves MCs and start down that path. Weâ€™re going to keep this category in the show even if thereâ€™s two nominees. If thereâ€™s no nominees, weâ€™re gonna keep this category in the show because one day down the line itâ€™s going to be filled just like the men.

Really? Even if there are no nominees?

How would that work?

We would have that category there if nothing else just to make a point.

I gotta tell you, I hope itâ€™s never empty. I hope the success of folks like Trina and Nicki and Diamond and Cymphonique and Lola will encourage women to pick up a pen. Like I said, let people laugh, but weâ€™re fully behind women in hip hop. It wasnâ€™t just about My Mic Sounds Nice. Itâ€™s about this, and all the energy weâ€™re getting around thisâ€¦ Hopefully in a few years people will be arguing because there were too many people who were vying for the spot.

Moving to other categories, how was J. Cole up for best new artist without releasing an album yet?

Specifically for J. Cole, whoever had their first video under their name given to us in a year period, itâ€™s eligible for New Artist. Remember Nicki was up for new artist last year. Her album wasnâ€™t out either.

What about Usher? His album was released a long time ago.

Itâ€™s not about albums.

That may be the key piece of information that people arenâ€™t getting. Some categories are specifically about videos, but you’re saying that videos are central to the BET Awards in general.

Iâ€™ll be specific about another one. People are wondering about how BeyoncÃ© got nominated. Her video for â€œWhy Donâ€™t You Love Meâ€ came in May of 2010. So that makes her eligible for video of the year, for Best female R&B Artist. So thatâ€™s what made her eligible as well. She had a video that was released in the eligibility period.

When you step back from the brouhaha, itâ€™s not the worst problem to have, is it? At least itâ€™s a good sign to have this much discussion and debate around the nominees.

And like I said, I look forward to our conversation. We love Trina. Worked with her before and weâ€™ll work with her again. She is very, very valuable to hip hop. Not just female hip hop, but to hip hop. But I do enjoy peopleâ€™s passion around it. I donâ€™t enjoy the controversy so much, quite frankly. But I do enjoy that people are passionate about it. I love that celebrities have been congratulating Kevin Hart for being selected as the host of the BET Awards.

Letâ€™s talk about The Book of Eli. That was nominated for Best Movie but now itâ€™s not. Whatâ€™s the deal with that?

Okay, so in some of our passion, we donâ€™t always get it right. The Book of Eli is now no longer in the Best Movie category. We had an enthusiastic Denzel Washington fan who threw The Book of Eli into the possibles for Movie of the Year. And there are so many Denzel Washington fans and Hughes Brothers fans out there that they voted it as one of the nominations. The problem was that that it didnâ€™t come out during the eligibility period. So weâ€™ve removed it from the nomination.

That was a good movie too.

It was a good movie, but weâ€™ve removed it from the nominations. We realized that it was a mistake, but weâ€™ve corrected that mistake.

Speaking of movies, Iâ€™ve seen a few bloggers who have questioned Chris Brownâ€™s nomination for Best Actor. Any thoughts on that?

My thought on that is as follows: We assembled the Academy. We try to make it as varied as possible. But when the Academy comes back with their resultsâ€”again, itâ€™s not any of our individual showsâ€”thatâ€™s the decision weâ€™ve made, to trust the Academy. When they come back with a decision, we stick by that decision.

So the people really do get a voice in these awards.

Itâ€™s only the peopleâ€™s voice. I want to be very clear. Itâ€™s not like, â€œOh, we like four of them but we wanna stick Chris Brown in as an actor.â€ Thatâ€™s who they voted for. Between music industry folk, bloggers, writers and fans, Chris Brown was nominated for an acting award.

The people have spoken.

I just had a great conversation with Trina.

I just want to share that it was a misunderstanding as it was with everyone else. It was just a great conversation with a very talented woman. I said I look forward to her being on the list next year and just releasing more music. As I said, sheâ€™s really important to hip hop. Sheâ€™s been holding it down for over a decade. Iâ€™m sorry it took two days for us to get it there, but the result was great.

Did you talk about the tweet that she sent out?

You know what, honestly we did not. It was the elephant in the room so we didnâ€™t really have to address it directly.

You kept it on a different level.

Yeah, I wanted her to understand. I think everybody thinks we have something against the artists and it really wasnâ€™t that. It was all about the eligibility period in this case.

So I guess there you have it. So the question I have, should we still be upset with the damn list, even though Stephen broke it down to the logistics, I still feel a certain way about how all of it panned out. I stand by the snubbed celebs. 🙂