Stevie Wonder announces Songs in the Key of Life tour 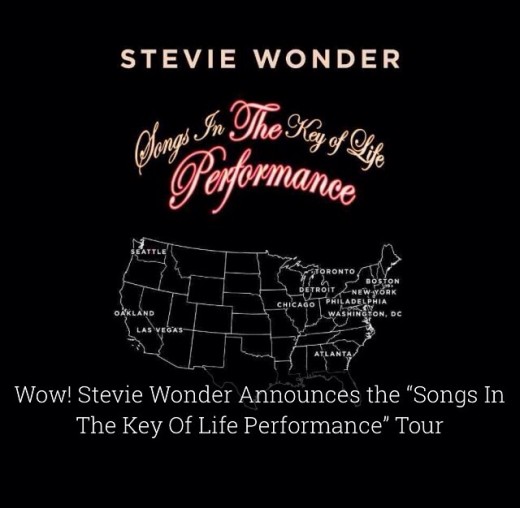 In 1976, Stevie Wonder releasedSongs in the Key of Life, an epic double album of soul and funk-infused pop music that ultimately became his most compelling work to date. The musician is taking that catalogue and getting on the road to present it in all it’s grandeur!
Check out the details below.

Stevie Wonder’s Songs in the Key of Life, feature classics such as “Isn’t She Lovely”, “Sir Duke”, and “Another Star”, it’s widely considered one of the best albums of the ’70s and has even been preserved in National Recording Registry by the Library of Congress.

Mr. Wonder performed the album in it’s entirety during a set in Los Angeles at the Nokia Theater last Last December. Now, he plans to take Songs in the Key of Life out on the road for a full tour.

Tyler Perry's official reveal and Grand Opening  of his studio in Atlanta (at the old Fort McPherson) is probably THY biggest non Hollywood celebrity...
Read more