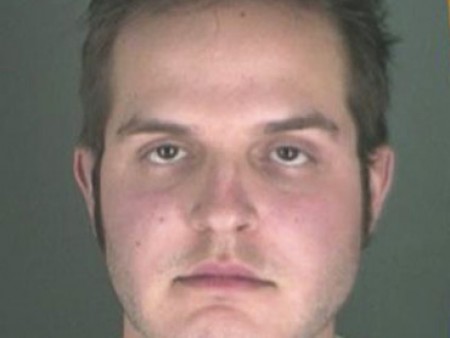 At what point in time is it okay to display your genitals in the supermarket? Answer: Never. This clown of a man was not only massaging grocery store meat on July 11, but his own in the process.

The woman says that on Jan. 31 she was grocery shopping with her child when meat counter worker Nicholas Lorenzo reportedly asked if she was finding everything she was looking for, according to local station KMGH.

The station reports that according to the arrest affidavit, the woman said she noticed movement behind the glass of the neatly displayed meat and saw Lorenzo â€œholding his penis.â€ He allegedly put his penis back in his pants when he realized the woman wasnâ€™t interested in his daily special.

The woman began to walk away from the display, but when she looked back, she allegedly saw him going at it again. The storeâ€™s manager reported the incident to police and Lorenzo was arrested, reports KMGH.

Lorenzo admitted to â€œhaving his penis out of his pantsâ€ according to the affidavit.

He was charged with one count of indecent exposure and previously entered a not guilty plea after opting out of a plea bargain that would have given him five years probation and required him to register as a sex offender, reported KMGH.