We previously reported, Sebastian called out Swizz’s wife (Alicia Keys) in a lengthy post in which she slammed the singer’s step-mothering skills. 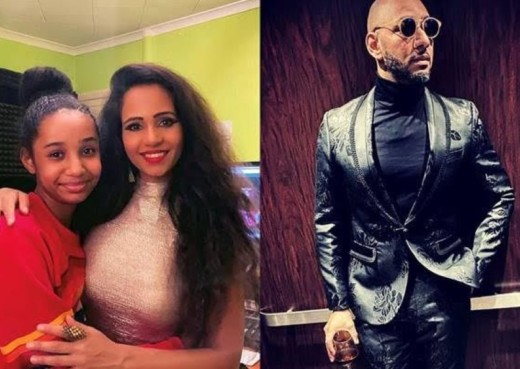 Now she’s serving up another lengthy Instagram post to Swizz Beatz and Alicia fans, claiming she is in fear for her life and that of her daughter.

“Due to violent threats, I am now forced to post this,” she says. “Swizz Beatz, Alicia Keys husband and her fan base have been threatening me. His wife, who is supposed to be ‘pro women’ is aware of this. I fear for my life and safety.”

Sebastian previously accused Keys of trying to manipulate her daughter by bribing her with fancy accessories, Ace Showbiz reports.

Alicia, who married Swizz in 2010, allegedly wants her stepdaughter to call her “Umi,” which means mother in Arabic, but Sabastian ain’t having it.

“I am the only Mother to my child,” Jahna wrote on her Instagram last month. “I am the One raising her, who gave her life, British Citizenship, knowledge, and everything else. I am not only the biological mother, I am THE MOTHER. This will remain forever.”

“No one else will be called any kind of ‘mom’ name in English, Arabic, not an ‘Umi’ or anything else in other language by her,” Jahna said. “I will not let nobody bribe her and change her by using material things against me, iPhones and other things.”

Swizz responded to her accusations by telling his ex to basically go find her life.