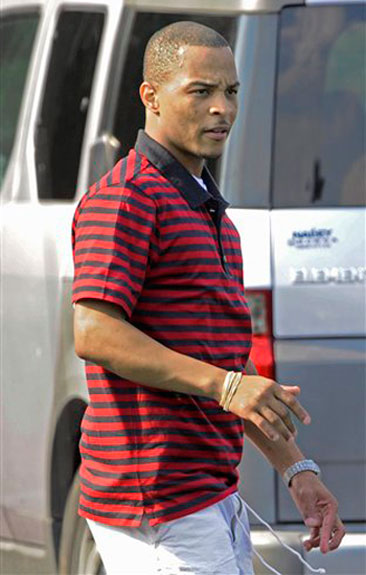 Rapper T.I. has only been out of prison a day, and things are getting crazy. Apparently, The Federal Bureau of Prisons has an issue about T.I. riding in a luxury tour bus from the prison to a halfway house in Atlanta. I’m confused as to what the big deal is because T.I. had already made these arrangements before he was released. The Federal Bureau of Prisons are having their way though and now have moved T.I. to a different location which nobody knows the specifics of as of now. All of this will make for good drama on his new show that will be debuting on VH1. The show is scheduled to start airing in December. In addition to the new t.v. show, T.I. is also going to release a book titled Power & Beauty . Hopefully, T.I. can just put this behind him and get back to the greater things. Keep ya head up homie! Can you believe there is already drama?