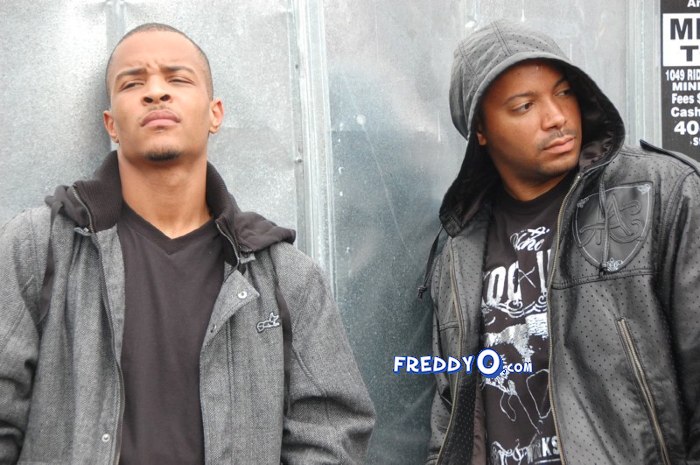 Recently the homie Jason Jeter was asked about the future of Grand Hustle since their have been rumors that the music company was shutting down. Jason set the record straight and basically explained that like any other business, when the supply and demand of the business is in jeopardy the best thing to do is downsize until other variables can be incorporated to increase revenue. Currently the King aka T.I. is away on “Vacation” and while he is away the business can’t take on work or make any business decisions. Although Grand Hustle has other artist it isn’t enough of a demand that can stabilize the companies operations.

He further went on to say:

So when the King comes home later this year, we all know how the demand for his presence will be.

â€œNumber one, Grand Hustle is definitely not dismantled, we unfortunately did downsize [on staff] and relocate. Weâ€™re doing business, just in a lighter way. A smarter way, due to our current situation.

We donâ€™t have much business to do, not much going on, why pay people when unfortunately thereâ€™s not much going on? Same thing that the major labels are doing, itâ€™s no different. Supply and demand, at the end of the day. Itâ€™s just the way of the business.â€

â€œItâ€™s no secret weâ€™ve taken hits, back to back, with Tipâ€™s absence [serving out his prison term]. Weâ€™re partners, we talk about everything, no matter if heâ€™s in or heâ€™s out. Itâ€™s Grand Hustle, so we communicate with one another.â€

In this economy that’s the most logical and feasible way to move forward before a year from now Grand Hustle claims bankruptcy. Good going.