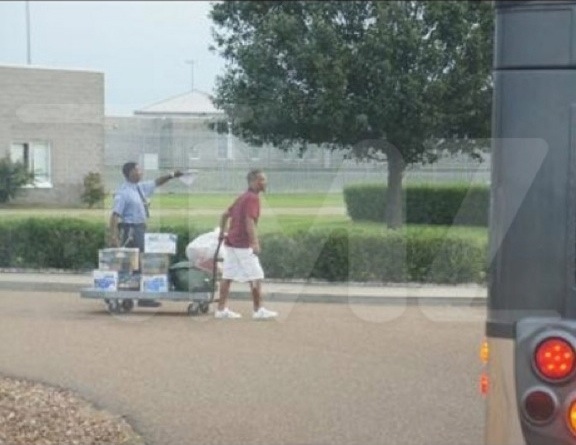 It appears that T.I. getting put back into jail was not because of his tricked out bus, as his lawyers claimed, but because prison officials found out that his manager and a VH1 producer on board the bus to talk business! According to Bureau of Prisons documents obtained by CNN,

“such people were not authorized to travel with him in the conditions of his furlough. [T.I.] further indicated he was discussing a new reality series and a book with those individuals.”

Because T.I. broke the rules of his probation, in which he was to stay in a halfway house until the last day of his sentence on September 29, he will stay in a federal penitentiary until that date. Lawyer Steve Sadow still say that the feds are wrong and that “no business was conducted on the bus,” and goes on to say that even those accusations aren’t a violation,

“The provision itself speaks in terms of conducting a business or conducting or directing an investment transaction. The purpose of that provision is not so that people can’t talk about their business, it’s so that you don’t run a business while you’re in the Bureau of Prisons.” 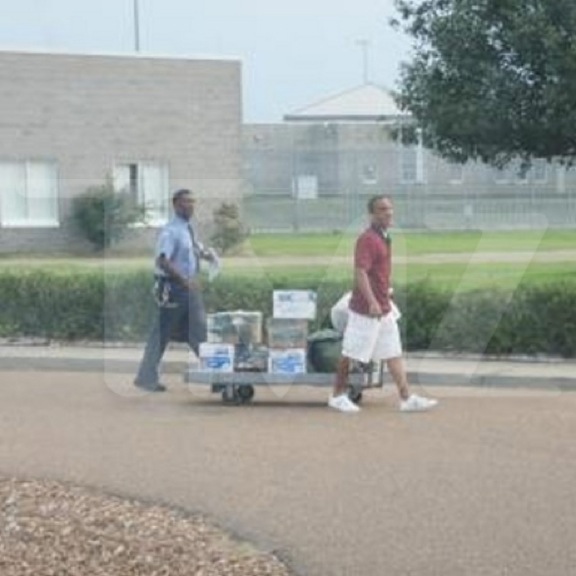 This much we know for sure: T.I. will be getting out of the big house by the end of the month.

As for why exactly he wound up back behind bars following what was supposed to be an early releaseâ€”that still seems to be a bone of contention between the feds, who claim his VH1 reality show was the reason, and the rapper’s lawyers, who are crying foul.

Furthermore, the lawyer says that VH1 and T.I. had long signed a deal back in July and that there was no need to do business on the bus.

T.I.’s case will go before the disciplinary hearing officer and I’ll have news on who the officer thinks is right or wrong. According to Sadow,

“T.I. is doing all right. He believes he’s been singled out in this instance for his celebrity status and would just like the opportunity to return to the halfway house and complete his sentence.”

We’ll be waiting on you to get out homie.