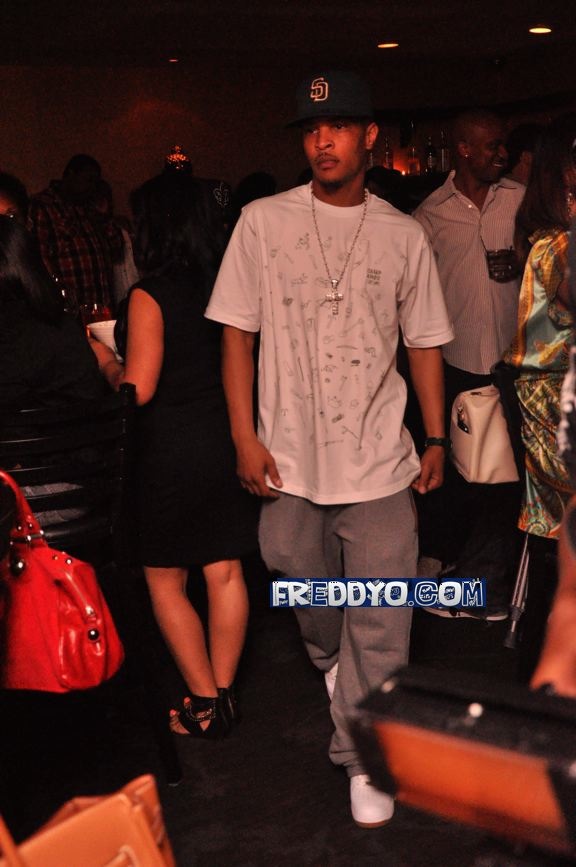 T.I. is ready to get back on his grind. Last week, the emcee posted his first on-camera interview since regaining his freedom on his website TrapMuzik.com, and says he’s happy to be back in the rap game. He states, quote,

“I feel better than I’ve ever felt. I learned a lot, grew a lot. Now, I think it’s time to put all that to good use.” While some people might have expected T.I. to spend a lot of his time behind bars writing, the rapper says that isn’t the case. He states, quote, “I didn’t write too much,” adding, quote, “I didn’t get a lot of time to. It was a lot of activity around me, so I really wasn’t motivated to create.”

T.I. recently released the single “I’m Back” and announced that he will release his next record on August 24th. Tip says fans can look for a more attacking album this summer, explaining, quote, “This is significantly more aggressive, or at least at this period in production. Who knows? I can do ten love songs tomorrow and change direction. At this point, right now, it’s going hard. It’s going hard like classic T.I.”

Here are some pictures of him at the premier party of Tiny and Toya’s show last night in ATL..